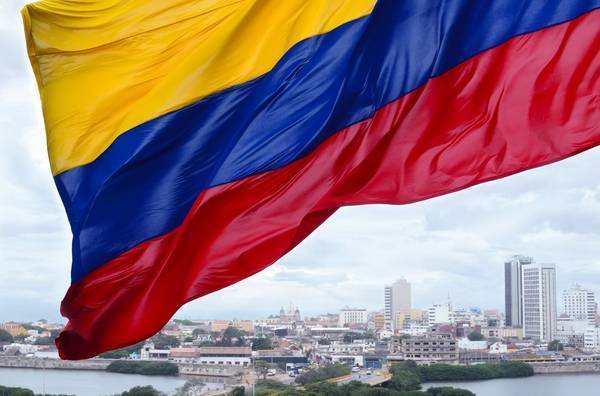 (Rigzone) Colombia’s upstream sector is especially dynamic in 2022. Offshore exploration of the Colombian Caribbean has delivered in 2022 with Shell and Petrobras hitting the target with their wells earlier this year.

Shell and Petrobras hit natural gas pay in the Gorgon-2 and Uchuva-1, both with Ecopetrol as a non-operating partner – according to Wood Mackenzie, the combined recoverable resource is around three trillion cubic feet (tcf).

WoodMac said that the new offshore wells in the Caribbean represented technological breakthroughs in Colombia, with a move into deeper waters in the search for resources. However, this will translate to higher costs, especially in Colombia, where no offshore infrastructure exists. Wood Mackenzie’s global tracking shows deepwater gas projects can take 12 years from discovery to first production.

If Colombia is to rely on offshore gas projects to sustain demand growth, it will require a fast-paced project with favorable economics or expensive LNG imports to buffer an interim period. Nonetheless, two successful deepwater results is good news for the sector.

It is worth noting that Gustavo Petro won Colombia’s presidential election in June, marking the beginning of the first left-wing government in a historically conservative nation. Petro’s campaign alarmed some upstream investors by suggesting stopping new exploration contracts and banning unconventional projects.

A few weeks into the new government tenure, extensive tax reform has already been proposed. This includes a national carbon tax, eliminating royalty deductions on income tax, and higher fees on foreign dividends. There is a degree of uncertainty over what will become effective, and when.

Colombia’s gas-proven reserves have decreased over the past decade. WoodMac estimates that current reserves equate to eight years at the latest consumption rates. If no significant discoveries are commercialized in the short term, gas demand will overcome supply by 2024-25.

There are large expectations of offshore and non-conventional resources, but both are under political scrutiny. Banning unconventionals would fulfill Petro’s campaign promises, while the latest tax reform proposal eliminates special deductions from free trade zones. This would have a significant impact on offshore development. Servicing the country’s gas and energy demand without paying for expensive LNG imports will be a growing challenge.

Ecopetrol has shown strong leadership in its energy transition efforts. The national oil company is moving faster on transition strategies than many regional peers. It has announced a plan to increase gas production to about 40 percent of total hydrocarbon production and is investing in renewables and integrating its ISA acquisition.

Colombia is a vital resource base for many companies. Ecopetrol plays a big role, and other NOCs also have stakes. And it is the primary value driver behind many independents, including Frontera, Parex, Gran Tiera, GeoPark, and Canacol Energy. Given the scale and impact of evolving news in the region, access to granular, asset-level valuations can be vital.

Wood Mackenzie stated that Colombia only had field-level production data available. However, this can be combined with official historical drilling schedules to apply methods, such as rejection sampling, to infer the most probable average well type in each field.

The company sampled an unbiased distribution of initial production and decline rate parameters and simulated field production at the field level given the historical well schedule. We ‘reject’ results that are outside an error margin from the observed production data.

Finally, WoodMac updates parameter distributions. These allow for the generation of a parameter probability map, given the observed field level data and drilling schedule, and find creative ways to extract the most value out of data, beyond its face value.

This is a holistic integration of information reported by operators and partners. This includes different scopes of information, such as production figures, 1P and 2P reserves, field redevelopment, upsides, new drilling schedules, capital investments, and lifting costs.

The same process is applied to capital investments. WoodMac has analyzed planned disbursement at the asset micro and company macro level. Reported planned expenditure for individual fields has been considered, including drilling schedule, enhanced oil recovery, facilities, and more. To validate capex forecast, the company aggregated each company’s working interests in the individual assets to match the total capex investment planned at the corporate level.

At the country level, WoodMac’s models align with the ANH’s reserves and forecast estimations (2P), giving greater validity to our approach.