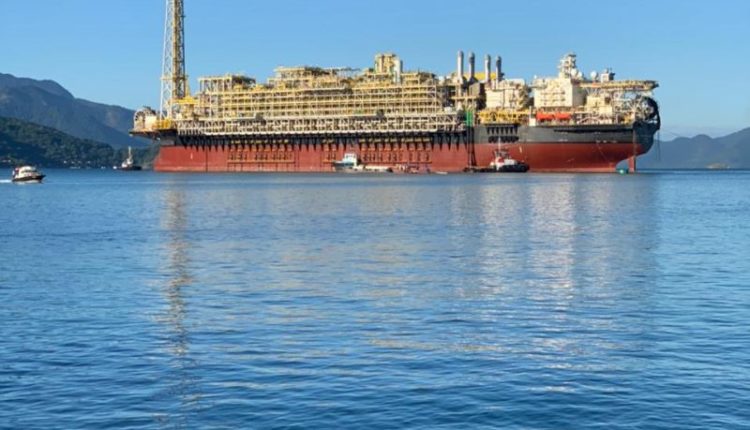 Production in the pre-salt in June recorded a volume of 2.759 MMboe/d (million barrels of oil equivalent per day), with 2.188 MMbbl/d of oil and 90.7 MMm3/d of natural gas, which corresponded to 75 .3% of national production. Production originated from 126 wells.

With the signing of the contracts for the second Auction of Surplus Volumes of the Transfer of Rights, as of May 2022, production in the Atapu and Sépia fields began to be assigned, each one, to two different contracts, one under the transfer of rights regime and the other under a production-sharing regime. In the case of Atapu, the shares were divided into 39.5% (onerous assignment) and 60.5% (production sharing). As for Sepia, the division was 31.3% (onerous assignment) and 68.7% (production sharing).

In June, the Tupi field, in the Santos Basin pre-salt, was the largest producer of oil and natural gas, registering 714 Mbbl/d of oil and 33.1 MMm3/d of natural gas.

The FPSO Carioca Platform, producing in the Sépia and Sépia Leste fields, through four interconnected wells, produced 172.904 Mbbl/d and was the facility with the highest oil production.

The Polo Arara facility, producing in the fields of Arara Azul, Araracanga, Carapanaúba, Cupiúba, Rio Urucu and Leste do Urucu, through 35 wells connected to it, produced 7,064 MMm³/d and was the facility with the highest production of natural gas.

Estreito, in the Potiguar Basin, had the largest number of onshore producing wells: 896.

Tupi, in the Santos Basin, was the offshore field with the highest number of producing wells: 58 .

In June 2022, 265 areas granted, five areas of transfer of rights and eight areas of sharing, operated by 42 companies, were responsible for national production. Of these, 65 are offshore and 213 onshore, 12 of which relate to contracts for areas containing marginal accumulations. Production took place in 5,445 wells, 470 of which offshore and 4,975 onshore.