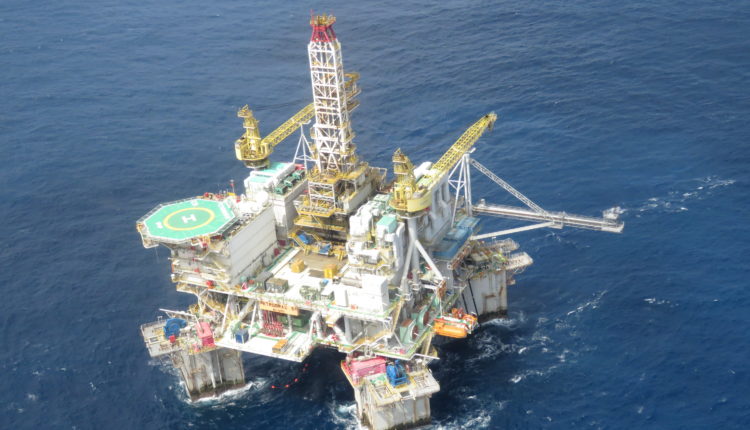 (epbr) Independent operators that bought upstream assets in the Petrobras divestment process will invest US$ 10 billion in the projects until 2027, increasing the production of these assets, which should reach a peak of 485 thousand barrels per day in five years.

It predicts that companies should increase by 980 million barrels of oil equivalent (boe) the total oil in the remaining reserves of these assets, a significant volume for those who are investing in projects to revitalize production.

“We will see a significant change in the composition of production in Brazil. In 2015, Petrobras held 84% of all production. This level will drop to 61% by 2030, as production from majors and independent operators grows”, commented Amanda Bandeira, Wood Mackenzie Upstream Analyst for Latin America.

Overview of the main independent operators in the country

PRIO (PetroRio) sees the potential to even triple its oil production in the coming years, with the execution of the projects currently in the portfolio.

For the company’s financial director, Milton Rangel, it is “feasible to think” that the company could reach a level of 130,000 to 150,000 barrels/day in 2024, without considering any new acquisitions.

The company operates the Albacora Leste, Polvo, Frade and Tubarão Martelo fields, all in the Campos Basin. It is also the operator of the Wahoo and Itaipu discoveries, also in the Campos Basin, which should have their production interconnected with the Frade field, purchased from Chevron.

PRIO expects to invest, immediately, around US$ 150 million in the Albacora Leste field, in the Campos Basin, in the first 18 months of operation of the asset.

3R Petroleum acquired Petrobras’ onshore and offshore assets in the Campos, Espírito Santo, Potiguar and Recôncavo basins. It was the company that bought the most assets from the state-owned company, having stayed with nine producing poles. The areas have 515 million barrels of oil equivalent in certified reserves classified as 2P (proven and probable).

At sea, the company acquired the Papa-Terra fields, of heavy oil in the Campos Basin, and the non-associated gas field of Peroá, in the offshore part of the Espírito Santo Basin.

On land, 3R Petroleum plans to invest US$ 200 million over the life cycle of the fields at Polo Macau – a set of assets purchased from Petrobras also in the Potiguar Basin, Rio Grande do Norte.

The plan presented by BW Energy, which bought the Maromba field and took over the operation in 2019, has estimated investments of US$ 1.2 billion.

The plan is to install the FPSO that was in the Polvo field, acquired from BW Offshore. The platform is being remodeled in Dubai to operate in Maromba, with expected investments of US$ 400 million.

Expected production for the Maromba project varies between 30,000 and 40,000 barrels per day. The production development project includes six producing wells.

In addition, BW Energy is acquiring the Golfinho field from Petrobras, with a production of 9,000 barrels of oil per day, in addition to the fields of Canapu, Camarupim, Camarupim Norte and block BM-ES-23. The transaction is expected to close in February 2023.

Enauta is the operator of the Atlanta field, in the deep waters of the Campos Basin. At the beginning of the year, it announced investments of US$ 1.2 billion in the field’s definitive production system project.

The resources already include US$ 100 million that need to be contributed after the entry into production and US$ 500 million referring to the production unit.

The investment can be reduced by US$ 100 million if Yinson exercises the option to purchase FPSO OSX-2, acquired by Enauta and which will be responsible for production from 2024.

Enauta is also a partner in exploratory projects, with ExxonMobil and Murphy Oil, in the Sergipe Basin. The companies’ first campaign in the region was dry.

PetroReconcavo believes that the Brazilian market for mature onshore fields will undergo consolidation and is attentive to opportunities to acquire assets from private operators, outside of Petrobras’ divestment program — the support base for the company’s expansion in recent years.

The president of PetroReconcavo, Marcelo Magalhães, recently stated that the company is structuring an internal team dedicated to monitoring market opportunities.

In April 2019, the company purchased the 34 fields of the Riacho da Forquilha Complex in the Potiguar Basin.

In December 2020, the 12 fields that are part of Polo Remanso are awarded

In the permanent offer of the ANP, also in December of last year, it takes the exploratory block POT-T-702.

In 2021, SPE Miranga, controlled by PetroRecôncavo, closed the purchase of the nine land fields that are part of Polo Miranga, in Bahia, for US$ 220.1 million.

The Cobra Group acquired Petrobras’ Polo Carmópolis for US$ 1.1 billion, from the company Carmo Energy, a deal announced on December 24, 2021

Carmo Energy will take over the operation of 11 fields associated with Carmópolis, in Sergipe.

Carmópolis is the largest onshore field in Brazil, with an original volume of 1.76 billion barrels of oil equivalent. It is also the oldest in Sergipe, with production starting in 1963.

In 2017, after reviewing the field’s development plan, Petrobras estimated that the recovery factor could reach 32%.

A consortium formed by Eneva and PetroRecôncavo is disputing the purchase of 28 onshore oil and gas production fields in Bahia. The agreement provides for PetroRecôncavo as the operator of the projects. Eneva opted to reduce risks in the state, where it is acquiring two photovoltaic solar energy generation plants with the incorporation of Focus Energia, a deal valued at R$ 960 million.

Eneva believes that the purchase of Centrais Elétricas de Sergipe Participações S.A (Celsepar) will allow the company to compose a mix of domestic and imported gas, from different origins and prices, and thus leverage the company’s plans to consolidate itself as a natural gas trader .

The acquisition ensures Eneva’s access to the Liquefied Natural Gas (LNG) import infrastructure. The negotiation does not include the acquisition of the Sergipe terminal itself, but the regasification vessel (FSRU) will remain chartered to the company until 2044.

Eneva produces gas and generates electricity in the states of Amazonas, Roraima and Maranhão.

Australian oil company Karoon intends to practically double its oil production in Brazil in 2023, to between 25,000 and 26,000 barrels/day. At the same time, the company seeks Nature Based Solutions (NBS) projects to mitigate its emissions.

The company operates, in Brazil, only the production of the Baúna field, in the Santos Basin post-salt. The asset produces around 24,000 barrels/day.

Origem Energia, controlled by Prisma Capital, has plans to triple its production at the Alagoas Complex in five years, with a focus on natural gas.

The company expects to invest US$ 300 million in an expansion plan that includes not only the recovery of mature fields, but also the revitalization of the local natural gas processing unit (UPGN) and new businesses — such as gas storage and an interiorization project. of gas via small-scale liquefied natural gas (LNG).

Origin bets on the concept of energy integration and on a vertical structure that allows it to use local gas to also produce liquefied petroleum gas (LPG), “cooking gas”, as Petrobras already did; and for thermoelectric generation in the future.

Perenco intends to invest up to US$ 200 million in the Pargo, Carapeba and Vermelho fields, in the shallow waters of the Campos Basin. Mature areas were purchased from Petrobras in 2019 and are currently undergoing revitalization.

Trident Energy is looking for a partner to develop the Siri discovery, in the shallow waters of the Campos Basin. The asset is located near the Badejo and Linguado fields, in the Pampo Complex.

Trident has operated the Pampo and Enchova hubs since 2020. It purchased Petrobras’ assets for US$418.6 million (plus US$650 million in contingent payments).

Petrobras sold to Karavan SPE Cricaré, a partnership between Karavan O&G Participações e Consultoria (51%) and Seacrest Capital Group Limited (49%), the concession of 27 onshore fields in Espírito Santo. The deal is valued at $155 million.