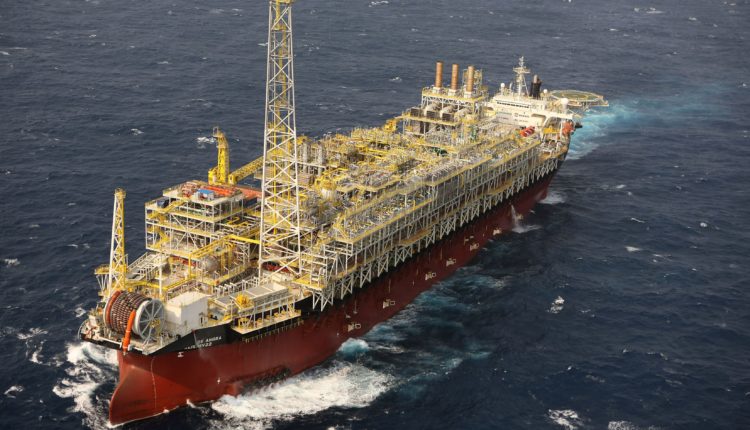 (U) Brazil has for decades been the king of the floating production, storage and offloading vessel market, and it should easily retain the crown for years to come as oil companies operating in the South American nation continue to opt for FPSOs to develop their hydrocarbon resources.

Petrobras already has dozens of FPSOs spread across the southeastern coast, with many more to be installed in the next few years, but not all future demand will come from the Brazilian state-controlled oil company.

Other operators including Equinor, Shell, BW Energy, Karoon Energy, Enauta and Trident Energy are actively chasing new FPSOs to be deployed in Brazil as well.

However, being the largest oil and gas acreage holder in Brazil, it is Petrobras that tends to dominate talks and contracting activity, and things are not expected to change anytime soon.

By 2026, Petrobras plans to have 14 new FPSOs in operation in Brazil, of which 12 have already been contracted.

These include six FPSOs for the giant Buzios pre-salt field, three for the Mero pre-salt field, two for the revitalisation of the Marlim field and one each for the Itapu, Parque das Baleias and Sergipe-Alagoas Deepwater projects.

The list features many more FPSO projects in the pipeline after 2026, most of which are still in the early development stages, and shows that Petrobras has no intention to slow down oil and gas production.

In August, the company ordered the P-80 FPSO from Singapore’s Keppel Shipyard for $2.9 billion. The floater will be the ninth of 12 units meant to produce in the Buzios field.

Petrobras is in negotiations with Keppel and rival Sembcorp Marine for the contracting of the P-82 and P-83 FPSOs, respectively.

“We are hearing Petrobras is asking Sembcorp to reduce its price to match the one agreed with Keppel for the P-80,” a well-informed source says.

“It appears Petrobras and Keppel are very close to the contracting of the P-82 but talks with Sembcorp might not lead to an award if they do not reach an agreement on the final price.”

Sembcorp bid close to $3.7 billion for the P-83 FPSO, a price considered high by Petrobras, another source adds.

Petrobras is also scrambling over what to do regarding the P-81 FPSO contract for the Sergipe-Alagoas Deepwater project.

Brazilian player Ocyan was the single bidder in the original tender. Sources suggested the company proposed over $4 billion under the build-operate-transfer (BOT) contract offered by Petrobras, which led to its proposal being disqualified by the oil giant.

“The price came well above our estimate. As a result we are reassessing the project entirely,” Petrobras production development director Joao Henrique Rittershaussen says.

He explains that Petrobras is studying a possible change to the contracting format for the P-81 from BOT to another model, and adds the company may tender soon not for one but two FPSOs which it intends to deploy in the area.

Sources are optimistic that Petrobras could launch the tender for both Sergipe-Alagoas Deepwater FPSOs by the end of the year.

There are expectations the company could also issue tenders for the Atapu-2 and Sepia-2 FPSOs over the next few months, although sources suggest these may slip to 2023 as Petrobras is still conducting appraisal drilling in both pre-salt fields.

To better understand interest and potential challenges faced by suppliers on future FPSO projects, Petrobras launched a front-end engineering and design competition for a new type of unit that can handle production on fields with a high gas-to-oil ratio and contaminants such as carbon dioxide.

“Petrobras summoned contractors and their idea is to have a different FPSO design. That is because most of the time Petrobras and its suppliers differ on the approach for a certain given project, which leads to prices coming in above the oil company’s budget,” a source says.

Other operators are also chasing contracts to secure FPSOs for work offshore Brazil, although on a much smaller scale.

Equinor is due to begin output from the Bacalhau pre-salt field in 2024 and is in talks with Japan’s Modec to contract a second FPSO for the area to produce oil later on.

Equinor is also in advance negotiations with Modec for the supply of a large FPSO for the Pao de Acucar, Seat and Gavea pre-salt accumulations in Block BM-C-33 in the Campos basin, expected to begin production in 2027.

Shell is due to close soon on the Gato do Mato FPSO with a consortium made up of BW Offshore and Saipem. Enauta chartered a floater with Yinson Holdings for the Atlanta field, and BW Energy plans to deploy the Polvo FPSO for use in the Maromba field.

There are also expectations that Karoon Energy will approach the market next year to contract a midsize floater to develop the Neon light-oil discovery.

With FPSO demand showing no signs of stopping in Brazil, overcoming supply bottlenecks could pose a challenge, sources say.

With local content running on average at 25% for new FPSOs in Brazil, many contractors are turning to local shipyards to build some topside modules and conclude integration work.

However, there are only a few Brazilian shipyards able to handle this type of activity now, with BrasFels in Rio de Janeiro state and EBR in Rio Grande do Sul state already packed with assignments.

“There is genuine concern about lack of manpower and time to carry out all the expected work that is bound to come,” one source says.