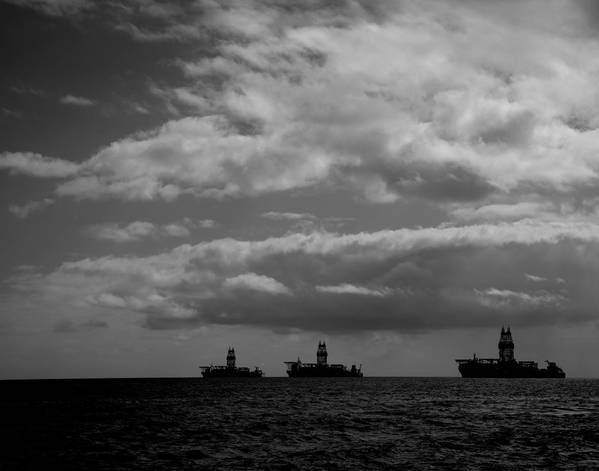 (U) After years of uncertainty and stagnation, the offshore drilling market is making a comeback in 2022, with demand for rigs rebounding around the world.

Brazil, one leg of the “golden triangle” of offshore oil and gas — the other two being the Gulf of Mexico and West Africa — is expected to lead rig contracting activity, with oil giant Petrobras keen on adding to its already vast fleet.

“In Latin and South America, substantial contracting activity is ongoing and the region continues to drive the largest recovery and incremental deep-water rig demand. Specifically in Brazil, there are 10 opportunities comprising in excess of 21 years of demand,” says Transocean chief executive Jeremy Thigpen.

The US drilling giant signed a lucrative contract with Petrobras worth $915 million to keep its drillship Petrobras 10000 operating in the country for nearly six additional years, through to the end of August 2029.

Transocean also bid in a recent Petrobras tender calling for high-specification rigs and may secure at least one charter for another drillship, the Deepwater Corcovado.

“We believe (the tender) could draw up to seven rigs from the global fleet into Brazil, which would obviously require several reactivations,” Thigpen adds.

In addition to Petrobras, international oil companies including Equinor, Shell, TotalEnergies and Petronas are also seeking rigs to carry out exploration and production development campaigns in Brazil, with work expected to commence in 2023 and 2024.

“There are no high-spec available floaters in the region. Therefore, rigs from other areas will be required to meet additional demand, which we anticipate will remain strong over the next several years,” Thigpen explains.

“There is still a huge amount of unsatisfied demand in Brazil at the moment just on the tenders that are out there.”

Anton Dibowitz, chief executive at drilling rival Valaris, believes a meaningful portion of the increase in market activity is attributable in large part to Brazil and Petrobras.

“We anticipate that Brazil will be a significant driver of offshore demand over the next several years and we are well positioned to benefit from it,” Dibowitz says.

Valaris has two drillships operating in Brazil — the DS-4 with Petrobras, and the DS-15 with TotalEnergies.

The company has recently inked an 18-month deal with Equinor to deploy a third drillship in Brazilian waters, the DS-17, to work at the Bacalhau pre-salt field.

Valaris is also the front-runner to win a new contract for the DS-15 in Brazil after its charter with TotalEnergies expires in March 2023.

Petronas is in talks with Valaris to charter the DS-15 to spud up to two wells in the ultra-deepwater section of the Campos basin.

“It is an attractive time to have rigs available for the market,” says Dibowitz, adding that it is important to keep a balance between short and long-term contracts.

Maersk Drilling is also eager to keep the semi-submersible rig Maersk Developer in Brazil for longer.

The rig is presently conducting a campaign for Karoon Energy in the Bauna field, but Maersk is in negotiations with Shell for a programme in the Campos and Santos basins to be conducted in 2023.

Dayrates for new contracts are on the rise globally and the same is happening in Brazil, as the latest Petrobras tender had bidders proposing rigs for daily prices of more than $400,000.

Contractors are optimistic that these significantly higher numbers, roughly double the levels seen a year ago, are due to tightening dynamics of supply and demand.

Brazilian independent Prio made a bold move to shield itself from market price fluctuations and acquired the semisub West Capricorn to have its own rig to conduct its domestic drilling campaigns. Prio is now in talks with Ocyan to operate the unit.

The Brazilian National Petroleum Agency estimates that companies will spend 2.6 billion reais ($500 million) in exploration and appraisal work in the country this year, the highest amount since 2019.