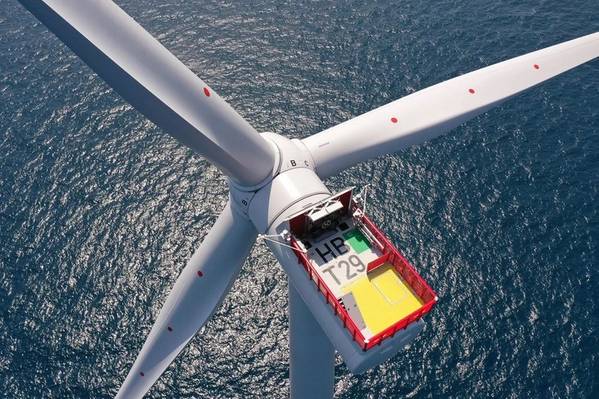 The wind farm is located alongside the Hornsea 1 wind farm, and the two wind farms can power 2.5 million households.

The Hornsea zone, an area of the North Sea covering more than 2,000 km2, is also set to include Hornsea 3.

The 2.8 GW project is planned to follow Hornsea 2, having been awarded a contract for difference from the UK government earlier this year.

Ørsted now has 13 operational offshore wind farms in the UK, providing 6.2GW of electricity for the UK – enough to power more than 7 million households.

Facts about Hornsea 2 Offshore Wind Farm as shared by Ørsted