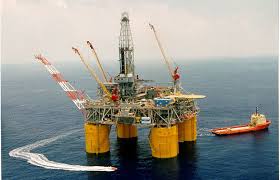 (Reuters) – Shell (SHEL.L) is exploring a sale of its stakes in two U.S. Gulf of Mexico oil and gas developments which could raise as much as $1.5 billion for the energy major, people familiar with the matter said on Wednesday.

Potential divestments of some aging assets would allow the company to focus on newer and larger fields around the world, including its giant Whale development in the Gulf which is expected to start production in 2024, the sources said.

Shareholders and regulators also have been pressuring Shell to pare back oil and gas operations and shift toward cleaner forms of energy.

Shell has begun soliciting buyer interest for its Auger hub and its 37.5% stake in the Conger field, which is operated by Hess Corp (HES.N), having hired an investment bank to run an auction process which kicked off in recent weeks, said three sources.

The London-based company is targeting a valuation of around $1.5 billion from the sale of the fields, which have a combined output of around 50,000 barrels per day, two of the sources added.

The sources cautioned there was no guarantee Shell would secure a deal, and spoke on condition of anonymity to discuss private information.

Last month, Shell said it had suspended plans to sell its onshore oil assets in Nigeria, to comply with a Nigerian Supreme Court ruling that it had to wait for the outcome of an appeal over a 2019 oil spill. read more

With crude and natural gas prices high, the backdrop to explore potential sales is favorable. However, price volatility has made it harder for potential buyers and sellers to strike deals, industry sources have said.