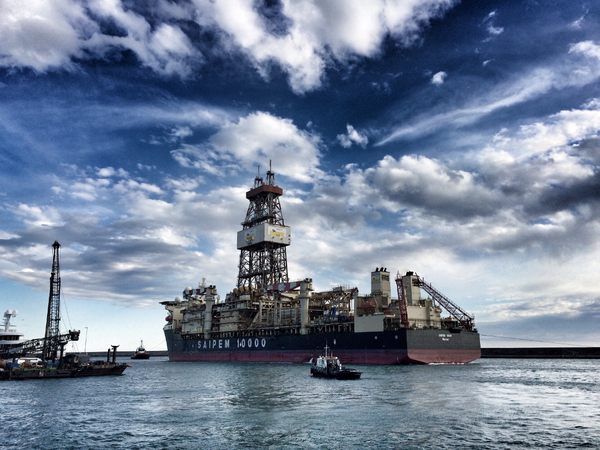 In September 2021, Eni announced a major oil discovery at the Baleine prospect in block CI-101 offshore Ivory Coast. The company used Saipem’s Saipem 10000 drillship for the operation. The company at the time said that the preliminary estimate of the size of the discovery was between 1.5 and 2.0 billion barrels of oil in place and between 1.8 and 2.4 trillion cubic feet (TCF) of associated gas.

The well was drilled about 60 kilometers off the coast, in about 1,200 meters, and reached a total depth of 3,445 meters in 30 days. Baleine-1x was the first exploration well drilled by Eni in the Ivory Coast.

Julie Wilson, Director, Energy Research, at Wood Mackenzie, said: “Even as we emerge from the pandemic, exploration has remained a dynamic and vibrant business and you can doubtless imagine many worthy winners.

“Eni’s giant Baleine oil discovery in the deep waters of Cote d’Ivoire is the largest find ever made in the country and is already heading for fast-track development. It’s a very well-deserved win and we look forward to following progress as the project moves forward.”

Commenting on the awards, Dr Andrew Latham, Vice President, Energy Research, at Wood Mackenzie, said: “For the past 14 years, Wood Mackenzie has named the industry’s Most-Admired Explorer after collating the results of our industry-leading annual exploration survey.
“It canvasses views across the exploration sector, marrying Wood Mackenzie’s unparalleled, in-depth understanding with industry opinion. We ask respondents to tell us which explorer – aside from their own company – they most admire.

“We see a clear pattern continuing, companies which win this award do so by finding big volumes of advantaged resources. The industry really admires operators that can successfully open up new frontiers.

This is the fourth time Eni has won the award in seven years.

Latham said: “Our warmest congratulations to Eni’s long-standing Exploration Director, Luca Bertelli, and his team for a well-deserved win.
“We also bestowed the Lifetime Achievement Award to Luca Bertelli, Eni’s Deputy COO and Exploration Director. Dr Bertelli is stepping down in 2022, after a stellar 38-year career with Eni, including 13 years as global head of exploration. Under his leadership, Eni has participated in discoveries with total gross resources exceeding 25 billion barrels of recoverable oil equivalent since 2009.”

Tullow Oil was the inaugural winner of explorer of the year in 2009, retaining the title through to 2013 before Anadarko secured success in 2014 and 2015. Since then, the majors have dominated the event, Eni’s previous victories were in 2016-2018, with ExxonMobil winning in 2019 and TotalEnergies in 2020-21.

U.S.-based oil company Hess Corporation won the E&P Explorer of the Year award, “recognizing its participation in the enormous run of giant successes in Guyana every year since 2015, that have transformed the company.”

NOC Explorer of the Year award went to QatarEnergy, which is pursuing a high successful international exploration strategy of partnering with the majors in some of the world’s most prospective basins. Since 2019, these high-impact deep water wildcats have proved successful in Cyprus, South Africa, Guyana, and Namibia.