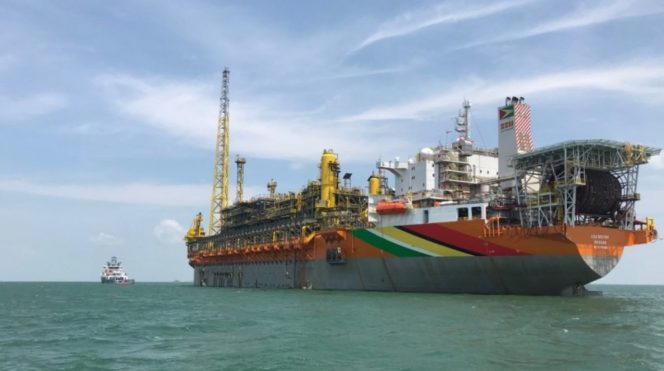 With the start of a second floating production facility in February, Guyana now sells two light and sweet oil grades with plans to pump up to 360,000 barrels per day (bpd) this year. The sales are helping the tiny nation rapidly boost its revenue.

The 1-million-barrel cargo of crude loaded last week from the Liza Destiny and departed on Monday onboard the Bahamas-flagged tanker Cascade Spirit. The vessel plans to discharge in Brazil at month’s end, according to Refinitiv Eikon data, which did not identify an arrival port.

Since January, Mataripe, an independent refinery operated by Acelen and backed by Abu Dhabi’s Mubadala, has bought two cargoes of Liza crude that marked Brazil’s first imports of Guyanese oil.

Imports of African, U.S. and Middle Eastern light grades often arrive in Brazilian ports to complement refiners’ crude diets, according to Eikon data. Most purchases are made by Petrobras, which controls more than 80% of Brazil’s refining capacity.

“The selection of crude grades varies depending on economic scenarios, trying to identify those that can meet domestic and international demand of refined products aiming at greater profitability for Petrobras,” the company added.

Guyana is poised to become an energy powerhouse following discoveries of 11 billion barrels of recoverable oil and gas. It exported almost 37 million barrels last year in only its second year of production.

Exxon Mobil, the operator of the country’s two platforms [FPSOs ], has said it and partners CNOOC and Hess Corp plan to produce up to 1.2 million bpd of oil and gas by 2027.