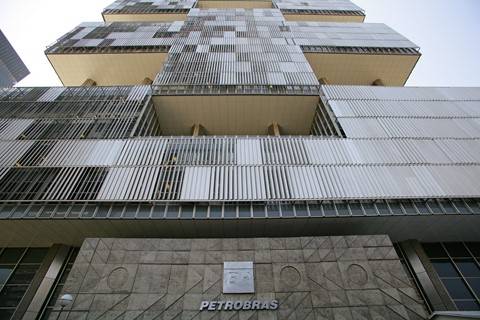 (PN) Petrobras’ board of directors held a conference call with investors to detail the financial results for the first quarter. During the call, one of the main novelties was the signaling that the company may disclose some line of business focused on energy transition in its next strategic plan, which should be ready at the end of the year. In addition, the oil company also stated that it intends to finalize the sale of two of its refineries this year – Reman and SIX. About the pricing policy, as expected, nothing new. The company confirmed it will continue to practice market prices.

Starting with the possibility of investing in new lines of business, the director of institutional relations at Petrobras, Rafael Chaves Santos, said that there is an expectation that the company’s next strategic plan will include some portfolio diversification projects, in addition to the exploration and oil and gas production. After stressing that the company’s current focus is on oil activities and integrated operations, such as refining, gas and energy, commercialization and logistics, Santos added that there is an internal discussion for the development of a “second value creation engine, aligned with to the desires of the energy transition”.

“It is important to say that direction is more important than speed. So, this discussion is happening at the technical level. We intend to appreciate the alternatives that the technical team will bring within the scope of the executive board and the Board of Directors. Let’s evaluate if we are going to test any operation different from the ones we are focused on today. So, it’s a possibility. Let’s wait for the next strategic plan”, projected the executive.

Regarding the divestment program in the refining area, the financial director of Petrobras, Rodrigo Araújo, detailed that he expects to see the closing of the transaction of two units this year: the Isaac Sabbá Refinery (Reman) and the Industrialization Unit of Shale (SIX). The executive stated that the company is awaiting CADE’s assessment to proceed with the transactions. Araújo also stated that Petrobras remains in the negotiation phase on two other plants, Regap and Lubnor. According to him, the conversations regarding the first unit are more advanced than the second.

As for the divestments that ended without success (Refap, Repar and Rnest), Petrobras is carrying out an assessment of the market moment, together with financial advisors, trying to identify potential buyers. “We are discussing this with CADE so that we can, as soon as possible, resume the processes. It is clear that we are in a very volatile year for the market as a whole. So, I think this is an additional challenge for the year 2022. But our expectation is to align with CADE so that we can launch the processes [back to the market] as soon as possible”, said Araújo.

The president of Petrobras, José Mauro Coelho, who opened the conference call, spoke briefly about the company’s pricing policy. In short, the message is that everything remains as it is, without changes in the formula that the company has adopted to define the prices of its derivatives. “We cannot deviate from the practice of market prices, a necessary condition for the generation of wealth, not only for the company, but for the entire Brazilian society. It is also fundamental for attracting investments in the country and for guaranteeing the supply of derivatives that Brazil needs to import”, evaluated Coelho. “It is worth remembering that Brazil currently imports several of the main derivatives, such as diesel, LPG, gasoline and aviation kerosene,” he added.