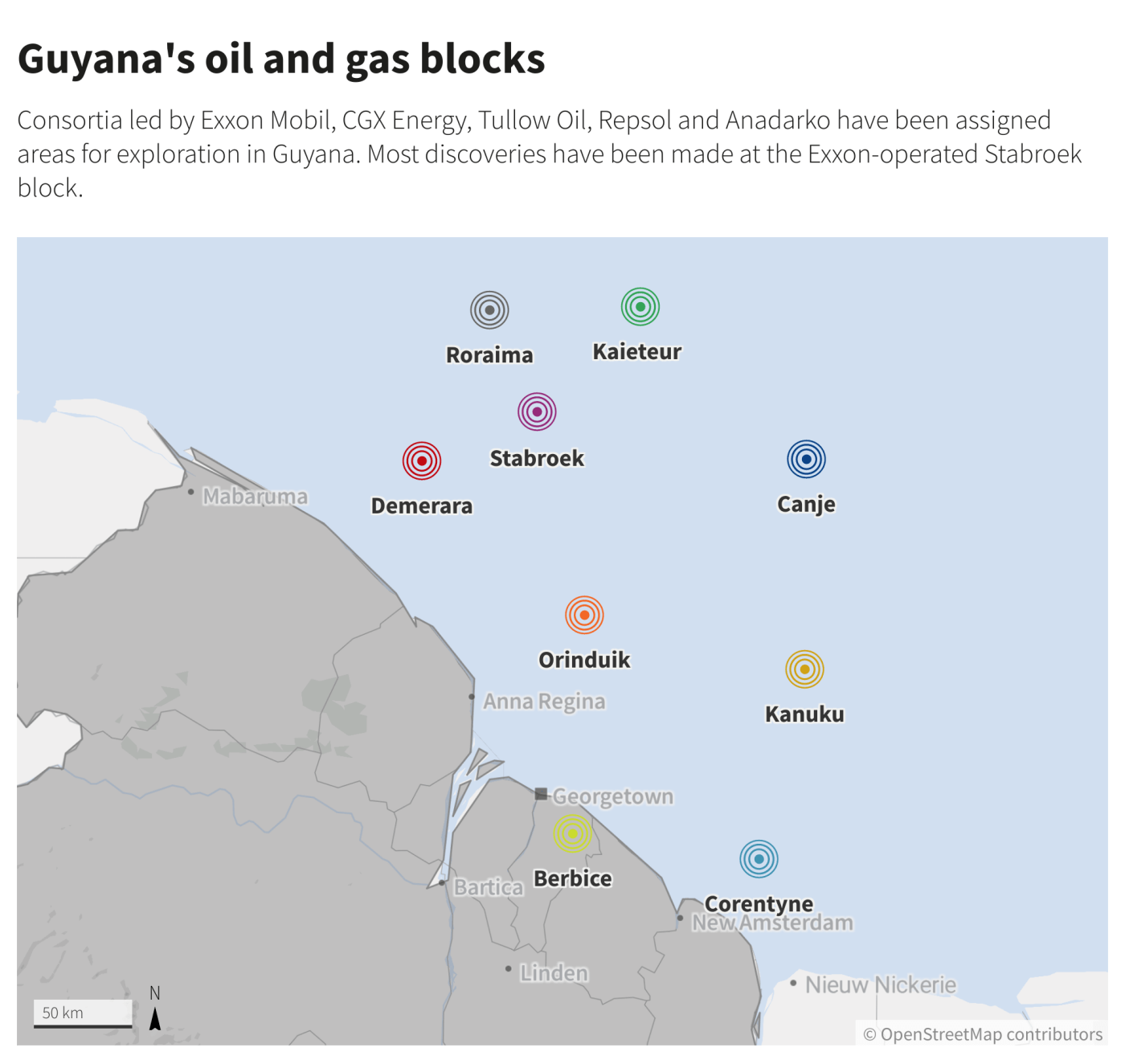 The government of South America’s newest crude oil producer said in 2021 it was planning a new agreement to revamp terms and boost royalties for future oil and gas projects. The proposed document was expected to improve terms for Guyana of a 2016 contract with Exxon Mobil (XOM.N) and its partners for the prolific Stabroek block.

But the tiny nation, which has become one of the most desired exploration hot spots with the discovery of about 11 billion barrels of oil and gas, has struggled to quickly advance legal and regulatory frameworks for its energy industry. The original PSA reached with Exxon has been criticized even by the current government for being too favorable to oil producers.

Guyana aims to prioritize creation of an oil and gas regulatory body, Minister Vickram Bharrat said this week on the sidelines of the Offshore Technology Conference in Houston.

“We have started some of the work on designing a model PSA according to internationally accepted standards,” he said. “However, there is no rush to conclude it immediately because we don’t see any other companies applying for a PSA just yet.”

Companies currently exploring in Guyana have in recent years signed or extended licenses to complete drilling. The new PSA would be needed to move projects to the development phase.

In January, a joint venture by Canada-based CGX Energy (OYL.V) and Frontera Energy (FEC.TO) made one of the country’s most recent offshore discoveries. The venture will focus drilling this year on the Corentyne block, the most promising of its three blocks, including Demerara and Berbice.

Frontera told Reuters in March the venture was in talks with the Guyanese government about what do with Demerara, while preparing drilling at the Wei-1 exploration well in Corentyne in the second half of 2022, but declined to provide more details.

“This is only the second well for CGX, so I would say, in my own estimation, that in about three years from now, once everything goes well in terms of exploration, we might be ready to deal with CGX to sign a PSA,” the minister said.

Between 2019 and 2020, a group led by Tullow Oil (TLW.L) and Repsol (REP.MC) also announced discoveries at the Orinduik and Kanuku blocks off Guyana’s coast.

But shortly after Tullow said it would limit capital exposure in Guyana, possibly selling a portion of its stake to another company. So far that has not happened.

According to Bharrat, the process for drafting a new PSA model will be similar to the mechanism for approving Guyana’s local content policy. A high-level panel will be nominated for the task and domestic and foreign consultants will be involved.

In the meantime, the government plans to have ready this year an energy regulatory agency and probably a state oil company that could offer partnerships in exploration areas returned by other firms or for new blocks yet to be put on the table.

In Guyana’s to-do list there is also a competitive tender to select the company that will market its share of oil, once a contract with a unit of Saudi Aramco expires in September.

“We are looking for long-term arrangements, for the ideal partner for marketing and getting better benefits,” Bharrat said, adding the nation aims to save as much as possible on trading fees.

Indian state refiners that have shown interest in a government-to-government agreement to buy Guyanese oil after testing the Liza sweet light crude last year, would also have to participate in the tender, the minister said.