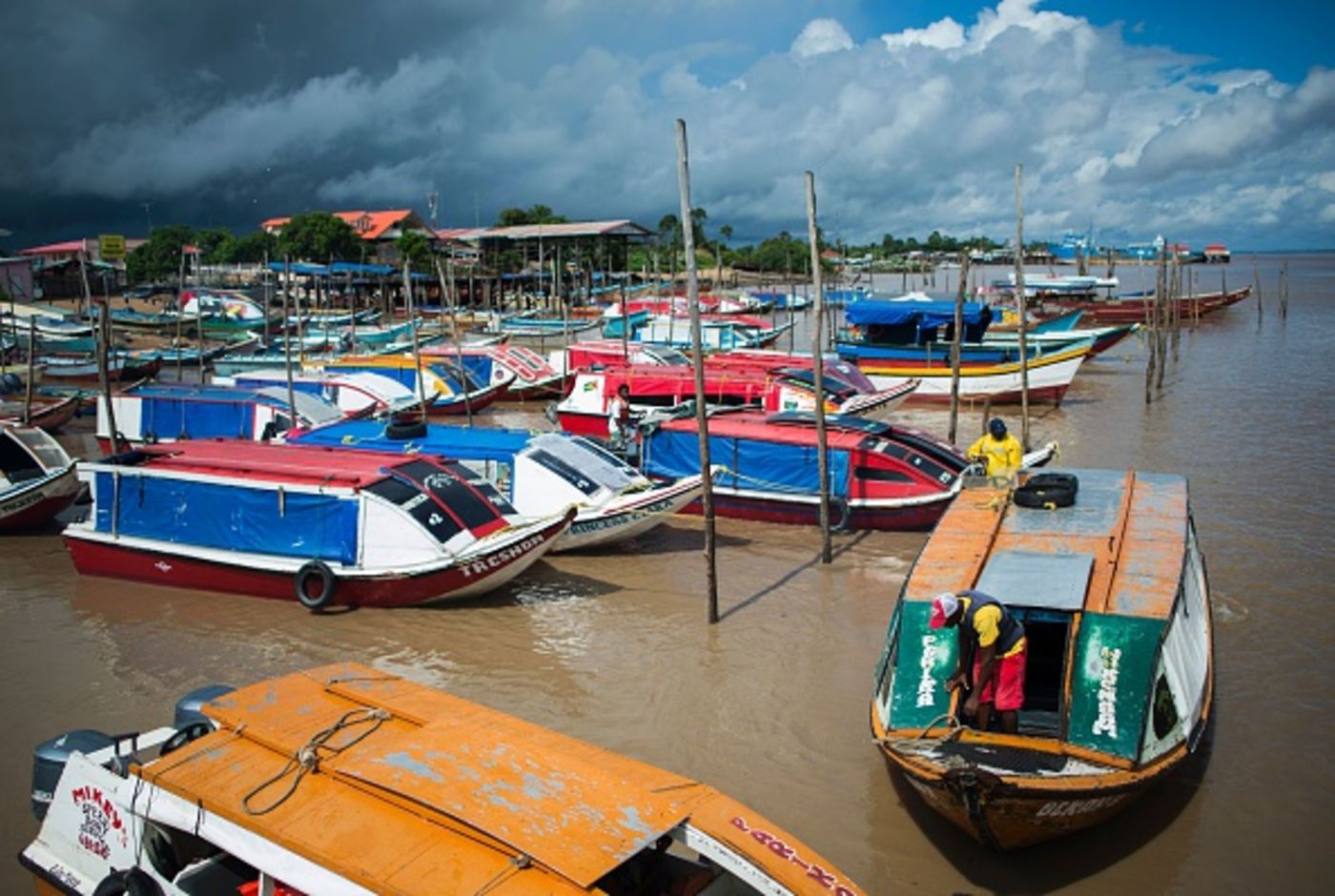 (Bloomberg) — Guyana, home to the world’s largest oil discovery of the past decade, is in discussions with Abu Dhabi to build a deepwater port to serve the rapid economic development along South America’s Caribbean coast.

“We must have a major deepwater port to handle a Panamax” ship, President Irfaan Ali said today during an investment seminar in London. “We are in discussions with Abu Dhabi Ports.”

The port would handle agricultural produce, linking not just Guyana but also neighboring Suriname and northern Brazil with world markets, Ali said. He did not provide details on how much the port would cost or how it would be financed.

Guyana, with a population of about 800,000 people, is expected to be one of the world’s fastest-growing economies this year, boosted by oil revenues from Exxon Mobil Corp.-led developments about 135 miles (220 kilometers) offshore.

The government is keen to quickly diversify the economy to avoid the fate of other developing countries that have fallen victim to the so-called Dutch disease, whereby a natural-resources boom triggers a decline in other sectors.