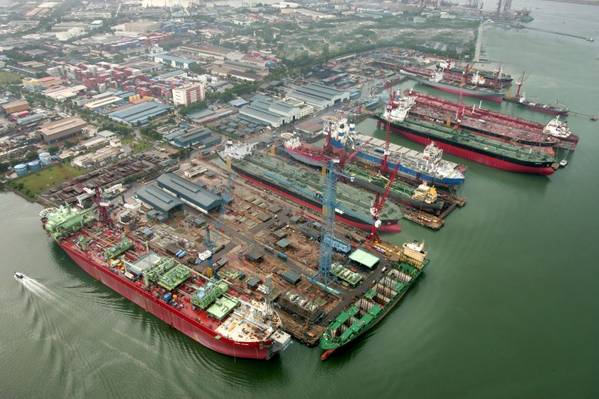 (Reuters) Singapore’s Sembcorp Marine (Sembmarine) has agreed to a multi-billion dollar merger with Keppel Corp’s larger offshore and marine unit, a year after the Temasek-backed firms began deal talks to cope with an industry downturn.

The loss-making oil rig builders have been whiplashed by years of oversupply and oil price volatility as well as a drop in new orders.

Such troubles have been exacerbated by the global transition towards renewable energy, consolidation at Chinese and South Korean rivals, and major disruptions during the COVID-19 pandemic, when oil prices fell.

The combination “brings together two leading O&M companies in Singapore to create a stronger player that can realize synergies and compete more effectively amidst the energy transition,” said Loh Chin Hua, Keppel’s CEO and chairman of Keppel Offshore & Marine.

The downturn increased competition for a shrinking pool of projects, driving up industry debt levels and leading Sembmarine to raise S$3.6 billion ($2.61 billion) of equity over the past two years, with strong backing by Singapore state investor Temasek.

Temasek, Sembmarine’s majority shareholder, will ultimately become the largest shareholder in the merged company, with a 33.5% stake.

Keppel said the combined entity’s market value was S$8.7 billion on a proforma basis but this would change based on the share price of the merged entity when it lists.

Sembmarine was valued at S$4.1 billion as of Tuesday’s closing price and its listing will be used for the combined entity.

Keppel said it would distribute 46% of the merged entity’s shares in-specie to its shareholders and retain a 10% stake.

Shares in both companies were halted from trading on Wednesday.

Analysts have called for industry consolidation for years. Sembmarine demerged from parent Sembcorp Industries in 2020, helping pave the way for the Keppel deal.

Sembmarine and Keppel have a network of shipyards in Singapore and overseas, between them employing nearly 20,000 people.

The companies declined to comment on the potential for job cuts and said they would engage with workplace unions.

Sembmarine has lost money for the past four years, including a 2021 net loss of S$1.2 billion that featured large writedowns.

Keppel, which also counts Temasek as its single biggest shareholder with a 21% stake, said in January 2021 that it would exit rig building to focus on infrastructure projects after booking major impairments in its offshore and marine unit.

Shareholder meetings for the deal are due later this year.