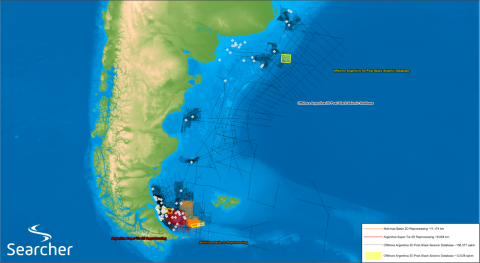 (Reuters) – Argentina has extended a concession held by energy firms Total Austral, Wintershall Dea Argentina and Pan American Sur for 10 more years until 2041, and approved an investment plan for $700 million, according to a government decree published on Tuesday.

The extension for exploring conventional oil and gas in the 1,900 square kilometers (733.59 square miles) offshore area comes as Argentina looks to bolster domestic energy supply and shed a heavily reliance on imports as global prices rise.

The government approved the investment plan presented by the companies for $700 million for the period between 2031 and 2041 and established the royalty payment of 15% of what is produced from the starting date of the extension, the decree said.

“The extension request made by the exploration concessionaires is based on the need to have a longer time frame, given the complexity and high costs involved in the exploitation of offshore oil and gas,” it added.

The concession area is part of the Austral Basin, which extends over the provinces of Santa Cruz, Tierra del Fuego and the Argentine southern sea.

“The extension is expected to allow the continuation of the development of investments in the area, in order to maintain a natural gas production flow of 20 million cubic meters per day,” the decree said.

Total and Wintershall each own 37.5% of the concession, while Pan American Sur owns 25%.