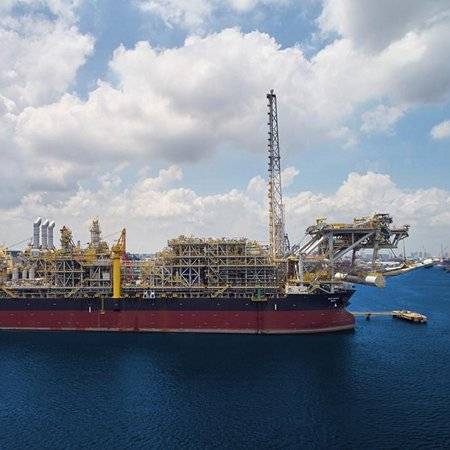 Italian oil and gas company Eni has offloaded and exported the first oil cargo from the Miamte FPSO, operating at the Miztón, Amoca, and Tecoalli fields in Area 1, Gulf of Mexico.

Achieved on Thursday, this marks an important milestone for the oil and gas sector in Mexico, with Eni being the first international energy company to develop a complex offshore project being able to export the oil to the international market, the Italian company said.

As a reminder, the Miamte FPSO reached Mexico in early January 2022. Following the completion of the integrated commissioning activities, Eni started the first production at its operated field off Mexico, using the FPSO, in late February 2022.

The company noted that the first offloading and export from Miamte FPSO comes following early production from Miztón in June 2019 and after less than 3.5 years from the Final Investment Decision of Area 1 Project. This fast-track development has been possible thanks to the full alignment between the Mexican Government, the relevant local authorities and Eni.

Eni has been present in Mexico since 2006 and it is a key country in its organic growth strategy. The Italian company currently holds a 100 per cent share in Area 1 and interests in other seven exploration and production blocks (five as an operator), all located in the Sureste Basin in the Gulf of Mexico.

In other Eni-related news this week, the Italian company agreed with Egypt’s EGAS to maximise gas production and LNG exports. The agreement aims to promote Egyptian gas export to Europe, and specifically to Italy, in the context of the transition to a low carbon economy.