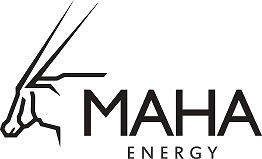 Petroleo Brasileiro SA (PETR4.SA), as the state-run oil company is formally known, announced in 2020 that it was selling its 25% minority stake in Tartaruga, a small shallow-water field off Brazil’s Sergipe state. The remaining 75% already belongs to Maha.

On Monday, however, Petrobras said the sale process was unsuccessful and that it was starting its attempt to divest Tartaruga from scratch.

While there was no information disclosed on the bidders, Maha and Petrobras had entered into talks regarding the stake, Berg said. Those talks ultimately failed due to “financial/contractual” reasons, according to Berg.

“Maha will most likely be interested in participating of the relaunched Tartaruga divestment as this represents a natural growth opportunity in a block that we currently operate and plan to further develop having allocated capital investments in the near term,” Berg wrote in the e-mail.

Petrobras did not respond to a request for comment on Tuesday.

As of 2020, Tartaruga produced about 580 barrels per day of oil, according to Petrobras. A third well under construction could significantly increase that figure.

The Tartaruga stake is expected to yield a relatively low price compared to other upstream assets being sold by Petrobras, given its modest production. However, a sale would allow the firm to reallocate resources to its much more profitable and prolific deepwater operations, which have been the firm’s core focus in recent years.

Maha, which focuses on existing and mature oilfields, has exploration and production operations in Brazil, Illinois, Wyoming and Oman, according to its website.