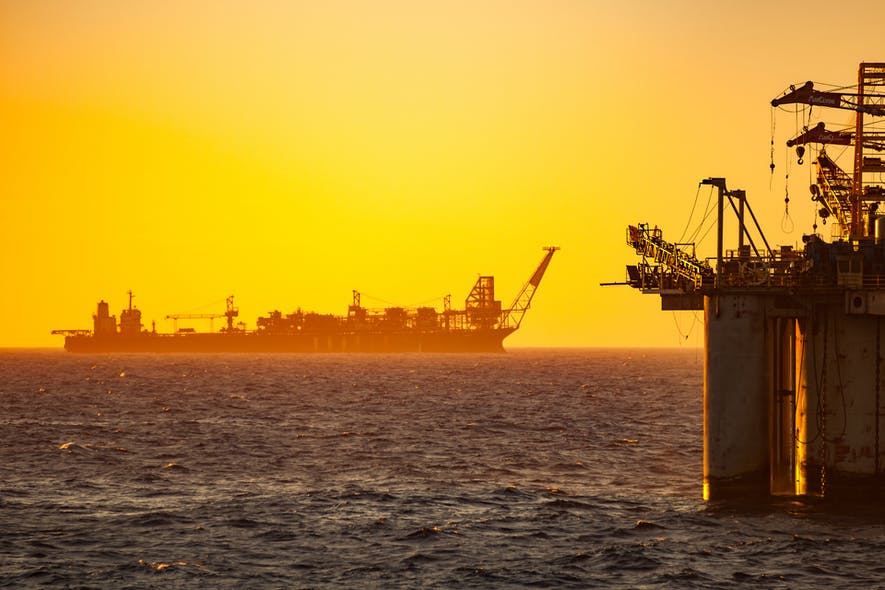 (TE) MISC Bhd’s maiden foray into the deep-water floating production, storage and offloading (FPSO) segment of the oil and gas (O&G) industry in Brazil will be closely watched this year.

According to S&P Global Ratings, any potential delays and cost overruns on the Mero 3 FPSO project could weigh on its credit rating in the absence of any remedial actions taken by the company.

The Mero 3 FPSO project, which was announced in August 2020, is pegged at a cost of between US$2 billion and US$3 billion. It is one of the biggest FPSOs and will be deployed to the Mero field in Brazil, which is owned by the Libra Consortium.

The construction period of the FPSO is from 2020 to 2024, with operations expected to commence in the first half of 2024. The term of the charter is 22.5 years from the date of the final acceptance of the FPSO by Petrobras.

An analyst from S&P Global Ratings notes that any event risks such as potential delays on the construction of the FPSO may result in cost overruns or penalties that could weigh on the company’s rating, in the absence of any remedial actions.

“In addition, if the company is unable to find a partner to partially divest its stake, MISC’s leverage ratios will remain elevated and could also put downward pressure on the rating,” S&P analyst Isabel Goh tells The Edge via email.

“As it is, we currently expect the shipping company’s rating headroom to be stretched over the next few years due to the spending incurred for the project, and this could [be prolonged] if it is unable to monetise part of its stake divestment.”

During a briefing last Wednesday, S&P said that it has issued a “BBB” rating on MISC’s proposed issuance under its US$3 billion Global Medium Term Note (GMTN) programme, which is one notch below MISC’s “BBB+” rating. S&P also shared the key risks that it foresees for the Mero 3 project.

“With respect to the Mero 3 FPSO project, MISC has undertaken to construct the FPSO for Petrobras, and this is the first time it will be entering the Brazilian FPSO market. So, it does not really have that much experience in that market.

“During the construction period of the FPSO from 2020 to 2024, MISC is taking on 100% of the construction risks, and this is also a key reason why the company’s spending has increased significantly.

“As at December last year, the company’s construction progress of the FPSO was about 30%, which it mentioned was slightly behind schedule. If there are delays in the final stage of the commissioning, there could be penalties and cost overruns to be borne by MISC. The bulk of MISC’s spending in 2022 will be related to the Mero 3 FPSO project as we expect the construction progress to ramp up this year,” Goh said during the briefing.

Given the continued spending for Mero 3 along with its other vessel acquisitions, S&P expects MISC’s debt to remain elevated and its cash flow to weaken in 2022.

“We expect this trend to continue in 2022 especially when the spending on Mero 3 ramps up. As a result, we forecast MISC’s debt-to-Ebitda ratio to deteriorate to about 2.8 to 3.3 times over the next three years, from 2.7 times in 2021,” says Goh.

A net debt to earnings before interest, taxes, depreciation and amortisation (Ebitda) of three times would be a downside trigger for MISC’s ratings. Goh says that a negative rating action could come in the form of a revision of the outlook to negative, or a one-notch downgrade to “BBB”.

“This is something that we will continue to monitor closely. However, our expectation is that MISC will manage its investments prudently, and recalibrate where necessary especially when its financial performance weakens,” she says.

S&P’s rating of MISC at BBB+ is a three-notch uplift from its original rating on its stand-alone credit profile (SACP), given its strategic importance to Petroliam Nasional Bhd (Petronas) as its logistics arm.

“In the past, Petronas used to have a higher stake of about 60% in MISC, but over the past few years, it has trimmed the shareholding in the company [to 51%] purely from a portfolio optimisation view. However, we think if there is further material reduction in the stake, it could be indicative of weakening parent support.

“In the event that Petronas does further trim its stake in MISC, it would definitely be something we have to relook at, and that could actually reduce the level of notches that MISC benefits on its stand-alone credit rating,” says Goh.

MISC shares closed at RM7.35 last Friday, giving the company a market capitalisation of RM32.9 billion. Year to date, its stock has appreciated 4%.