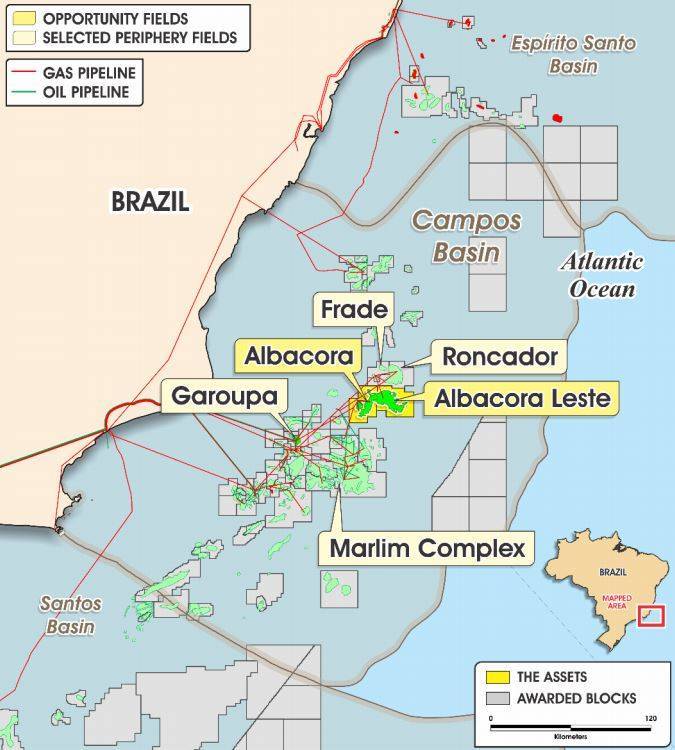 Petrobras, formally Petroleo Brasileiro SA (PETR4.SA), has been in bilateral talks with PetroRio to sell off the two fields since November. It could be one of the last major divestments before a pivotal October presidential election. It would also be transformational for Rio de Janeiro-based PetroRio. read more

Both PetroRio and Petrobras declined to comment on the matter.

The Albacora field produced 43,000 barrels of oil equivalent per day (boepd), according to documents released by Petrobras when the company launched the sale process in 2020. Albacora Leste produced 34,000 boepd at that time.

PetroRio produced roughly 31,600 boepd in 2021, according to the company, so a deal for one or both fields could roughly double or triple its output. Petrobras has publicly said it had received offers for the fields totaling more than $4 billion. read more

The two sides could agree on the terms for Albacora Leste as early as April, said the sources, who requested anonymity to discuss the confidential sale process.

However, talks for neighboring Albacora have been complicated by new information provided by Petrobras in December indicating the field holds more resources than previously estimated, the sources said.

Among the solutions proposed for Albacora are additional earnouts – provisions requiring future payments from PetroRio depending on the financial performance of the field – as well as a limited increase in the face value, said the sources.

One of the sources, who is directly involved in the negotiations, said the two parties had discussed a face value increase in the range of 10% to 15%, although the two sides had not reached an agreement and any number was subject to ongoing modifications.

A potential agreement on Albacora may come after Albacora Leste. However, PetroRio remains strongly interested in both fields, said the same source.