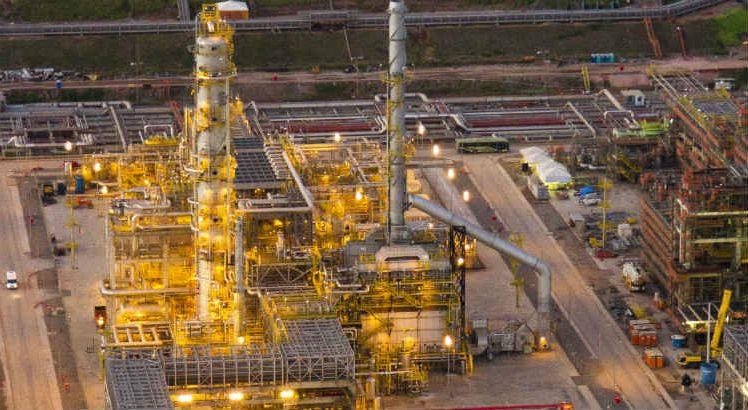 (Bloomberg) — For all President Jair Bolsonaro’s recent talk of privatizing Brazil’s crown jewel, oil giant Petrobras has struggled even to unload a handful of refineries. And its chances have never looked worse.

With global fuel demand still reeling from the pandemic and refineries shutting down elsewhere, Brazil is giving potential buyers another reason for pause: Petrobras is under mounting pressure to sell cheaper gasoline and diesel — a practice that has caused it tens of billions of dollars of losses in the past and would undermine competition. The president himself has often clamored for lower fuel prices as the country grapples with double-digit inflation ahead of an election next year. Since emerging from a massive graft probe, Petrobras has sought to bill itself as an independently managed producer focused on the largest deep-water oil finds this century. It has a goal of raising $35 billion from asset sales, including eight refineries, but so far has only managed to sell two of them and raise about a 10th of that target.

This month it became clearer the refinery sale plan launched in 2017 was hitting a wall after Ultrapar Participacoes SA pulled out of a deal to buy the Refap plant, signaling concern Petrobras will dump cheap gasoline in the market to help the government contain inflation. Attempts to sell two other refineries earlier this year also failed.

“It’s not about the asset itself, but how Petrobras is going to price gasoline going forward,” said Fernando Valle, who covers oil and energy in the Americas for Bloomberg Intelligence. “Their best chance is to sell this year. If not, its almost impossible; they can’t really do it in an election year.”

Petrobras said it remains committed to selling 50% of its refining capacity, and declined to comment on the impact of politics on its divestment plan.

Bolsonaro’s main contender in the 2022 presidential race, former president Luiz Inacio Lula da Silva, has repeatedly said Petrobras should be selling fuel below international prices. With the government holding more than 50% of the producer’s voting shares, it doesn’t take much more than a president’s decision to change the company’s board, top management and policies.

Chief Executive Officer Joaquim Silva e Luna, a former army general appointed by Bolsonaro, has been grilled by Brazilian lawmakers over gasoline’s recent rise. The head of the central bank has also complained about energy’s contribution to inflation.

In September, Brazil’s benchmark wholesale price index was up about 25% from a year earlier, while consumer prices rose by more than 10% for the first time since 2016.

Bolsonaro expressed his frustration with fuel prices during an Oct. 14 interview broadcast on his Facebook page. He said he gets blamed for high fuel prices even though he has no control over them, so he floated privatization as a solution.

Petroleo Brasileiro SA, as the producer is formally called, still owns 13 of the country’s 16 refineries. Selling eight of them seemed a little easier before Covid-19 triggered an oil market crash last year, while the transition to cleaner energy gained center stage.

It also doesn’t help that Brazil’s relations with China have soured under Bolsonaro, reducing the chances of investments from the top buyer of energy assets in emerging economies over the past years.

Although the world still runs mainly on fossil fuels, the transition to cleaner energy affects the long-term outlook for assets like refineries. Several U.S. fuel makers have shut plants and are expanding biofuel production.

“The acceleration of the energy transition reduces competitiveness and narrows the window for the sale of refining assets,” said Felipe Perez, Latin America downstream strategist at energy research firm IHS Markit. “Petrobras will have to reassess its divestment plan.”

IHS’s base case is for global demand for refined products, including biofuels, to peak in 2036 and then fall below pre-pandemic levels by 2050. There are 6 million barrels a day in new refining capacity coming online by 2026, which will put dirtier and less efficient plants out of business.

Potential buyers from Europe and Asia have come under pressure to invest in green assets, making Petrobras’ refineries an even harder sell.