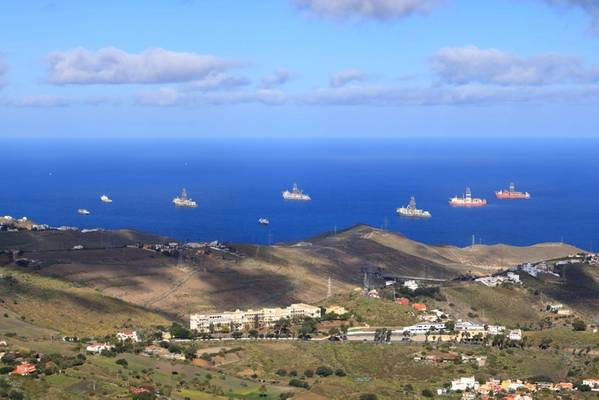 (OE) Offshore drilling rig contracting activity in West Africa is finally picking up as confidence slowly returns to the region.

The slower rollout of Covid-19 vaccines, coupled with ongoing travel and logistical issues due to the pandemic, has only added to the West African offshore rig market’s woes. But now we are finally seeing significant improvements indicating that deepwater drilling activity is finally picking up in the region.

Last year was particularly slow for the West African rig market with just 2 years of floater backlog added, but 2021 has already been an improvement on this. With the increased confidence in the oil price (with Brent at around $80 per barrel as of late September) and stronger demand for oil, rig backlog has also increased. Contracted backlog added so far this year is more than 10 years not including long-term requirements from TotalEnergies, ExxonMobil, Tullow, and others still to be awarded. 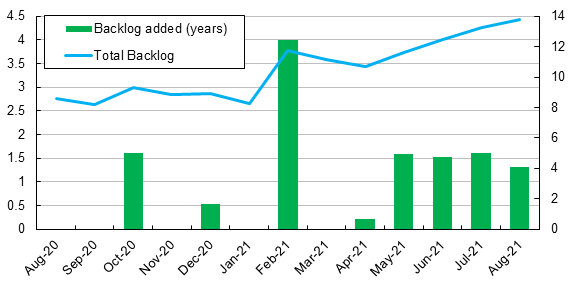 Drillship deals accounted for the lion’s share, with the asset type being the preferred choice by operators in the golden triangle. Of the total contracted days awarded, approximately 93% have been to drillships. However, two semisubmersibles are expected to move from the North Sea to West Africa for campaigns next year. Stena Drilling’s Stena Don was awarded a one-well campaign with Chariot Oil & Gas offshore Morocco and could remain in the region for longer, while Africa Energy is yet to announce the North Sea semisub awarded for the exploration campaign offshore South Africa, though reports have already suggested that harsh-environment, mid-water semisub Island Innovator will take this job.

Further indications of confidence returning to this market is also increasing deepwater rig tendering activity amongst operators. This seems particularly true in Angola, Ghana, and Nigeria, where several long-term tenders for development drilling have been issued. Moreover, with continued successful discoveries, such as Eni’s recent findings offshore Cote d’Ivoire and Ghana, additional appraisal and development drilling will likely be planned in the future.

Reactivations could help with oversupply

Meanwhile, the global floater market (and specifically the ultra-deepwater drillship segment) has entered a territory where the right contract duration, or possibly the right combination of short-term contracts, and the dayrate may justify the reactivation of previously cold-stacked rigs. However, the risk of reactivating too many rigs could potentially delay further increases in dayrates as the supply/demand balance becomes disrupted. But if the revival of rigs can be constrained then drilling contractors can limit the potential downside of reactivations.

There are currently 13 stacked floaters in West Africa (mostly in the Canary Islands, which Esgian Rig Service includes in this region). Four of these rigs have already been awarded contracts and will be reactivated. There is currently a limited supply of drillships in the US Gulf of Mexico and South America, which has led operators to look elsewhere for rig capacity, and therefore stacked rigs in the Canary Islands could potentially be contracted for work in tight-supply regions, which may then result in lower supply and higher utilization in West Africa.

Utilization still low but progress being made

West Africa has experienced a significant uptick in offshore rig activity since hitting its lowest point in September 2020 when floating rig utilization slipped below 20%. Although the region has experienced a lack of demand, low drillship utilization has been worsened due to the Canary Islands being a favorable place to stack idle rigs, as mentioned above. However, since September 2020 competitive utilization has more than doubled with the increase of backlog and reduced competitive supply. 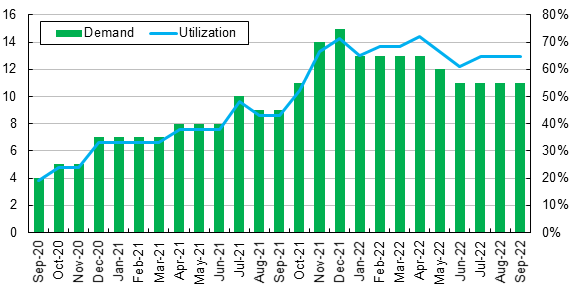 Although the current utilization of 40% is not much to boast about, this is double the figure recorded in the same period last year, which indicates that significant progress has been made.

As demand continues to increase and potentially some of the stacked tonnage in Las Palmas is reactivated and moved elsewhere for work, Esgian Rig Service predicts that utilization will recover to over 60% before the end of 2021, which is triple the figure recorded at its lowest point last year, providing a solid baseline for further improvements in 2022.