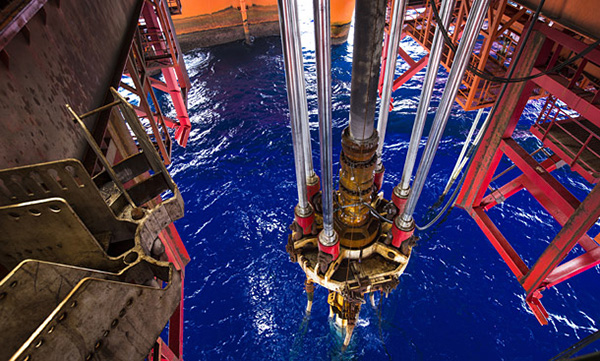 (Reuters) – The world’s newest oil-producing nations grabbed the spotlight at this week’s Offshore Technology Conference with ambitious plans to tap oil and gas discoveries in a race against a global energy transition to lower-carbon fuels.

At the conference highlighting renewable and cleaner-burning fuels and investors moving bets away from fossil fuels, Brazil, Ghana, Guyana, and Suriname laid out agendas to pump massive oil and gas discoveries that could reshape their economies – if they can get them to market before values erode.

The contrast between their goals and governments moving to impose net-zero carbon emissions rules by 2050 was clear in the first large U.S. oil technology conference and exhibit since the pandemic.

“We have millions of people without electricity in Africa,” said Ghana Energy Minister Matthew Opoku Prempeh in an address echoed by other emerging energy producers. “Energy transition does not mean we’ll see our resources unexploited.”

With three-quarters of Guyana covered by forest, carbon emissions from massive oil and gas discoveries just beginning to be tapped can be absorbed, Bharrat Jagdeo, Guyana’s vice president, told the conference.

“We have been called to leave our oil in the ground. We believe that’s totally unfair,” said Jagdeo. “Being a small country, we will not have the capacity and the framework for an optimum operation of the oil industry right now, but we will continue improving.”

Suriname, which shares an oil basin with Guyana, also believes it can join the club of top producers and use oil revenue to fund its development of cleaner fuels. It is working with oil majors TotalEnergies SE (TTEF.PA) and Chevron Corp (CVX.N), and state-owned Qatar Petroleum on potential finds.

“We have to get a feel of what the oil and gas industry at the end of the day will deliver,” said Patrick Brunings, exploration and subsurface asset manager at Surinamese state energy firm Staatsolie.

“We will need that money to invest in these green industries,” he said.

These new and some existing offshore basins including the U.S. Gulf of Mexico produce oil with fewer carbon emissions because of advanced technologies and higher volume wells, said oil executives.

Even as solar, wind and hydrogen rise as energy sources, demand for fossil fuels will not go away, experts said. Greenhouse goals can be helped if producers develop oilfields with potentially lower carbon emissions than traditional areas.

“What is necessary is that we make sure that we produce the energy the society needs with a responsible attitude,” said Veronica Coelho, Brazil chief for Norway’s Equinor (EQNR.OL).

Brazil, already an oil powerhouse, positions oil buried under a thick layer of rock and salt as one of those less polluting fossil fuel sources. It plans to hold two bid rounds this year and encourage development of “pre-salt” areas.

With investment horizons of five to 10 years before production can begin on new fields, producers are calling for new licenses to be awarded.

“With the energy transition, if we don’t offer these assets now, we will risk to leave resources on the ground,” said Brazil’s oil regulator Rodolfo Saboia. “This is the last big window of opportunity.”