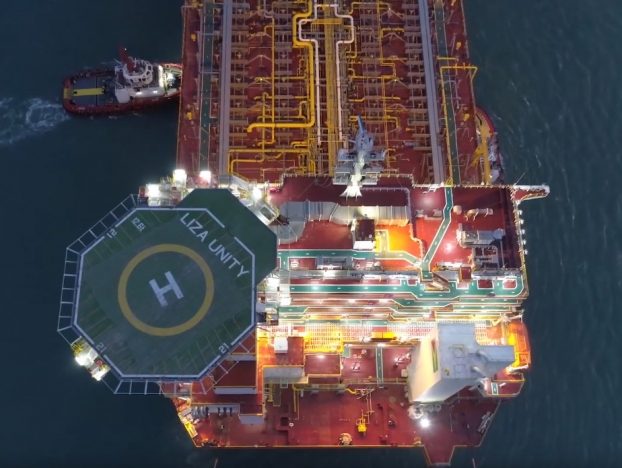 (Reuters/OE) Exxon Mobil reportedly made a new discovery at Whiptail in the Stabroek Block offshore Guyana, as it develops one of the world’s most important new oil and gas blocks in the last decade.

The company operates the 6.6-million-acre Stabroek Block as part of a consortium that includes Hess Corp and China’s CNOOC Ltd. It began production at the block in 2019.

While it did not specify the size of the latest discovery’s oil and gas reserves, the company said the new find will add to the previous recoverable resource estimate of 9 billion oil equivalent barrels. However, “This discovery increases our confidence in the resource size and quality in the southeast area of the Stabroek Block and could form the basis for a future development as we continue to evaluate the best sequence of development opportunities within the block,” said Mike Cousins, senior vice president of exploration and new ventures at ExxonMobil.

The Whiptail discovery is located about four miles southeast of the Uaru-1 discovery that was announced in January 2020 and about three miles west of the Yellowtail field. ExxonMobil expects at least six projects online by 2027 and sees potential for up to 10 projects to develop its current recoverable resource base.

According to Jim McCaul, head of IMA/WER and an expert on Floating Production Systems for more than three decades, “Guyana Has a Huge Appetite for FPSOs,” summarizing:

IMA/WER’s floating production report has up-to-date details and contracting status for more than 200 floater projects in the planning stage. Around 55% of these envisage use of an FPSO. Another 10% will require a production semi. The rest are LNG and floating storage projects. The report also has details for 44 production or storage floaters on order, more than 300 floating production units in service and 44 production floaters available for redeployment contracts.