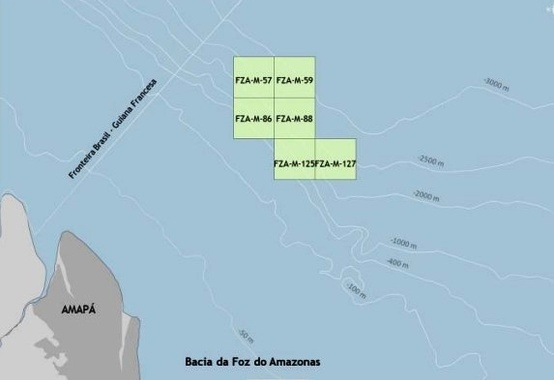 The British share in the areas was purchased by Petrobras in April this year, when the state-owned company announced the transaction to the market. The Brazilian company also acquired 70% of BP in the FZA-M-59 concession, obtaining approval from the ANP, on the 8th, to assume a 100% stake in the block.

The five assets, whose assignment was approved by the agency’s board on Thursday, were operated by Total (40%), BP (30%) and Petrobras (30%) consortium. Earlier this month, the ANP allowed the transfer of 40% of Total in the blocks to Petrobras, subject to approval of the financial guarantees.

The departure of the IOCs from Foz do Amazonas is due to the difficulties in obtaining environmental licensing for these areas. Petrobras is expected to be more successful with Ibama in obtaining drilling licenses. The state-owned company even intends to resume exploratory drilling campaigns in Foz in 2022.

During the conference for the presentation of results for the first quarter of 2021, the director of E&P at Petrobras, Fernando Borges, stated that the state-owned company believes that Ibama should release the environmental license in early 2022. The permission is linked to his experience in the area and to the progress of the process in progress, with the environmental agency.