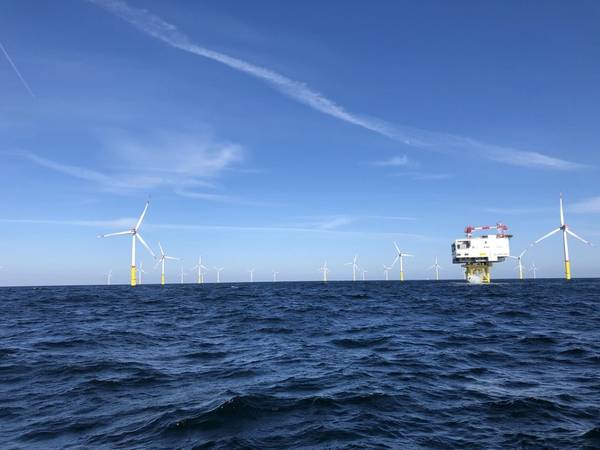 (epbr) The investments announced for the construction of plants producing green hydrogen (H2V) in Brazil already total more than US$ 22 billion, all concentrated in ports — Pecém, in Ceará, Suape, in Pernambuco, and Açu, in Rio de Janeiro.

These ports combine a series of strategic factors for the development of the new H2V chain, such as export logistics, proximity to industrial centers and renewable energy sources — used in electrolysis for the synthesis of H2V.

Highlighting the new offshore wind farms which, as in the case of green hydrogen, are in the embryonic stage in the country and are awaiting regulatory definitions.

“Pecém has a super strategic location, in addition to a Export Processing Zone (EPZ) with differentiated tax incentives. Also the state of Ceará has an enormous potential for generating renewable energy”, explains Duna Uribe, executive director of the Pecém Industrial and Port Complex (CIPP).

Considered one of the fuels of the future, H2V is pointed out as one of the solutions for decarbonizing the world economy, even replacing fossil fuels in cars and in sectors that are difficult to decarbonize, such as heavy transport.

Its use as an input is a demand from the cement, steel and mining industries, and even as a raw material for fertilizers for agribusiness.

The Hydrogen Council estimates that by 2050, the green hydrogen market will be worth $2.5 trillion, accounting for about 20% of all energy demand in the world.

Taking the lead, the Pecém Industrial and Port Complex (CIPP), in Ceará, has already closed four of the seven memorandums of understanding signed in the country for the implementation of H2V production units in its Export Processing Zone (EPZ).

In addition to the onshore solar and wind projects already in operation in the state, there are 5,000 MW in offshore wind farms being licensed by Ibama, almost double the capacity in operation (2,394 MW) and granted (238 MW) onshore.

These are projects by Neoenergia (Jangada), BI Energia (Camocim and Caucaia) and Eólicas do Brasil (Asa Branca).

For Duna Uribe, this reveals the natural potential for the implementation of a green hydrogen hub in Pecém, initially with an annual electrolysis capacity of 5 gigawatts and 900 thousand tons of H2V.

The initial volume is shy compared to the ambitions of one of the companies that has already started studies to operate at the site.

With an investment of US$ 6 billion, Fortescue Future Industries (FFI), a subsidiary of the Australian mining company Fortescue Metals, expects to start operations in the Ceará port in 2025 and produce 15 million tons of H2V by 2030.

Besides FFI, Qair Brasil also made official its intentions to install a plant for the production of H2V and an offshore wind farm in the state, with a total investment of US$ 6.95 billion.

White Martins and the Australian Enegix also already have memorandums of understanding for investments in the Pecém Hydrogen Hub.

The government of Ceará has been anticipating the launch of the National Hydrogen Program, whose guidelines are being defined by the federal government, and closing partnerships for the development of a value chain for green hydrogen.

In addition to the great availability of cheap renewable energy, Pecém has another asset, which is its connection with the Port of Rotterdam, in the Netherlands – the largest seaport in Europe – which holds a 30% shareholding in the CIPP. The other 70% belong to the government of Ceará.

“The port of Rotterdam evaluated twenty ports in the world with potential for the production of green hydrogen, and Pecém was one of the chosen ones, and the only one in Brazil”, tells the director of the CIPP to epbr.

According to Duna, the idea is to have a logistical corridor between Pecém and Rotterdam, where the first is the exit door for the H2V produced in Brazil and the second the entry point in Europe.

Experts expect 20 million tonnes of green hydrogen to enter northwestern Europe via the Port of Rotterdam by 2050.

“They are at the forefront of the energy transition, and as a major hub in the fuel industry, they need to adopt decarbonization measures as soon as possible. For the port of Rotterdam, green hydrogen is a matter of survival”, she emphasizes.

The hydrogen produced in Brazil will be transported on ships in the form of green ammonia and then converted into H2V on the European continent.

For this, the Dutch port already has projects to implement electrolyzers for the production of green hydrogen by the oil companies Shell and bp.

France and Germany will initially be the main consumer markets for Brazilian green hydrogen.

In Rio de Janeiro, Porto do Açu intends to use its expertise and infrastructure in the oil and gas industry to become a major player in the production of blue and green hydrogen.

Produced from a fossil source, usually natural gas, blue hydrogen has carbon that is emitted in the captured and stored process (CCS) to neutralize emissions.

And in the transition to green, it must play a strategic role.

“We found the solution to work the green hydrogen together with the blue hydrogen in parallel. We don’t know which one will win. There are companies betting firmly on blue, others on green. Few are betting on both”, says José Firmo, CEO of Porto do Açu.

For now, the Australian mining company Fortescue has been the only one to publicly announce its interest in setting up a plant producing 100% green ammonia for export.

But according to Firmo, other announcements should happen soon.

By 2023, the port expects to receive R$ 16.5 billion in investments for the implementation of thermoelectric plants, gas pipelines, oil pipelines, an oil tank park and UPGN (natural gas processing unit), among others.

In addition, Açu is located very close to future offshore wind farms, in the seas of Rio de Janeiro and Espírito Santo.

Rio de Janeiro concentrates four of the six largest offshore projects under development in the country.

The Ventos do Atlântico project — the second largest in the country — with 371 wind turbines and just over 5 GW of power. Next comes Equinor’s Aracatu park, with 3.8 GW of capacity and 320 turbines.

In Espírito Santo, the Votu Winds park foresees 1,440 MW of power, based on the installation of 144 towers with a power of 10 MW each.

“Offshore wind logistics is the same as for oil and gas. As Açu today already represents the majority of the logistic capacity for oil and gas in the region, it is natural that it is the best and most efficient option for logistics for the implementation of wind farms as well”, explains Firmo.

The CEO believes that another distinguishing feature of the port is its possibility of scale, and that this was the factor that attracted Fortescue.

“Today we are talking about the production of 200 thousand tons of green ammonia, which is very little compared to the 80 million tons of oil that we transport. We have to imagine a replacement with the same scale, and Açu has this capacity for scalability in projects”, he says.

Among Açu’s ambitions is also the integration of green hydrogen to enable the implementation of a green steel hub.

“It fits very well (green hydrogen) with the iron ore industry, which arrives via pipeline from Minas Gerais. We have a diversion project for the industrialization of ore and the production of low carbon steel, which allows us to dream of the green steel hub”, explains Firmo.

Suape with an eye on the national industry

Also with an eye on the supply of national industries, the Suape Industrial Port Complex, in Pernambuco, sees green and blue hydrogen with enthusiasm.

The port houses one of the main refineries in Brazil, Abreu e Lima (RNEST).

“The main idea is green hydrogen, but the market is signaling that it will start to produce blue hydrogen, switching to green,” says Carlos André Cavalcanti, the port’s Environment and Sustainability director.

Unlike the other two ports, the main energy source for the Suape projects would be solar. Pernambuco has 3GW of solar capacity under concession, but only 167 MW in operation.

“The goal is to have the first green hydrogen cell here in Suape by 2022,” he says.

Cavalcanti says that a mapping of the more than 150 industries that currently occupy the port complex was carried out, including the petrochemical, food, cement and steel sectors.

“We want to position ourselves as an exporter, both in terms of ammonia and green hydrogen, and also to supply the internal demand of companies already installed in the port.”

Two memoranda were signed, one with Qair, which foresees investments of nearly US$4 billion in an H2V plant, and the other with Neonergia, for the development of a pilot project.

The area chosen for the construction of the projects is outside the EPZ.

“Other national companies with foreign capital, and a pool of European companies, mainly due to the indication that we have of the German, French and US market, are under negotiation,” he says.

The government of Pernambuco will hold a test auction for green hydrogen this year, according to Cavalcanti. The state was the first to hold a solar energy auction in Brazil.

“We will do an experimental auction. We are calling it a green hydrogen propulsion platform in Pernambuco. We will simulate data with real validity so that we can visualize how this prospection of companies, sectors, transport, industry and agriculture would be, and understand the demands, bringing the future to the present”.

The director highlights Suape’s geographic advantage in the Northeast region. The port, according to him, is close to the main northeastern capitals, which would facilitate the internal flow of H2V production, especially of green ammonia for agriculture.

“We are 300 km from Maceió, João Pessoa, Natal, Aracaju, and about 800 km from Fortaleza, and Salvador (…). The ammonia produced can be disposed of in the low-carbon agriculture market, and can be used in the Petrolina region, renowned for its fruit production, and soy production in Matopiba”.

Matopiba is an anagram referring to the agricultural belt, formed by the states of Maranhão, Tocantins, Piauí and Bahia, which stands out mainly for the production of grains and fibers, especially soy, corn and cotton.