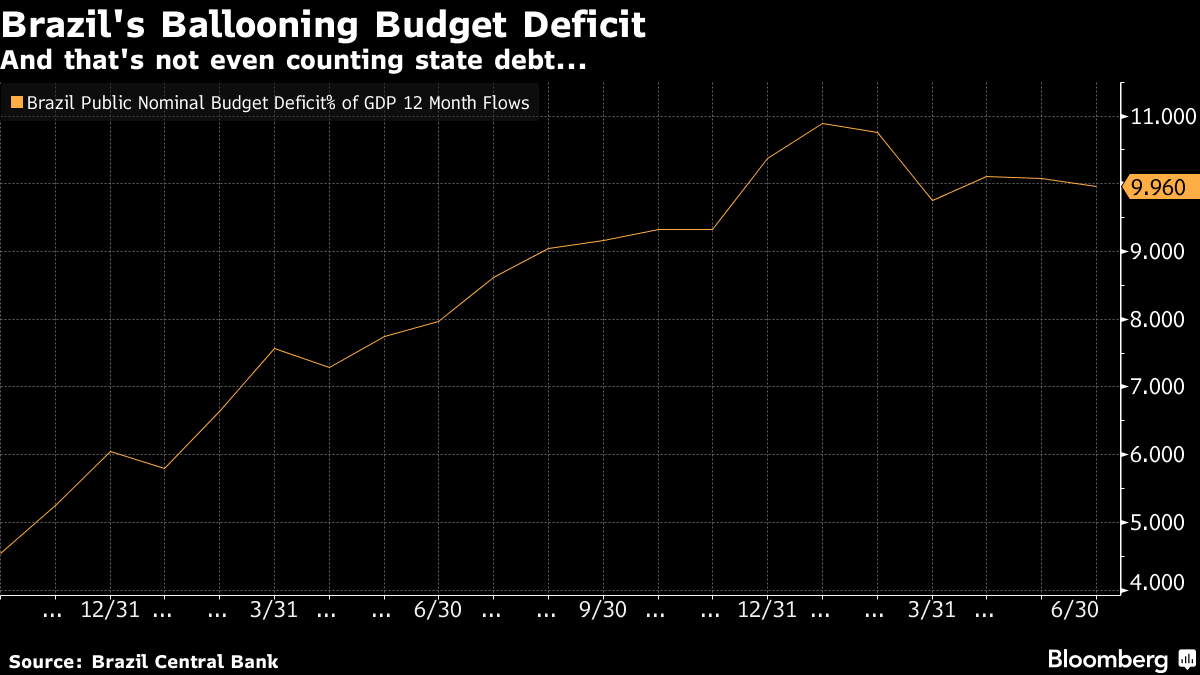 Brazil’s economy is pulling out of its tailspin, and now traders are watching to see how quickly acting President Michel Temer can get the country flying again.

Investors, who pushed the nation’s stocks, bonds and currency to world-beating gains this year on anticipation a new government would restore growth, are seeing some signs their optimism is warranted. The budget deficit is narrowing from a record, inflation is slowing from more than 10 percent, bets on higher interest rates are being reversed and early indicators show the country starting to pull out of its worst recession in a century.

That said, there’s still a long way to go for Latin America’s largest economy, and the challenge for Temer will be to convince investors that further improvements are coming. He’s up against a plodding Congress that has taken more than nine months to consider the impeachment of Dilma Rousseff and will soon be distracted by local elections. Markets will rally on expectations for only so long, according to Roberto Padovani, the chief economist at Banco Votorantim in Sao Paulo.