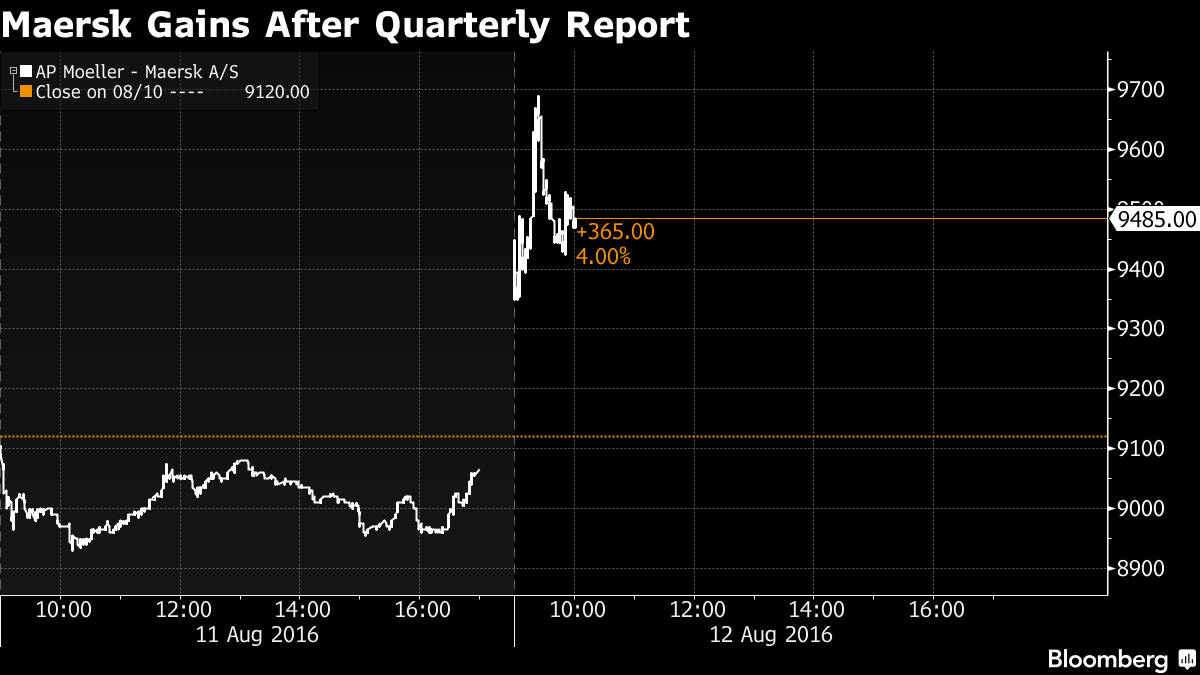 The company’s B-shares rose as much as 6.9 percent after the market opened on Friday, and traded 5 percent higher at 9,520 kroner as of 9:34 a.m. in Copenhagen. Maersk reported an 88 percent drop in second-quarter profit as its oil and container divisions both suffered from falling prices, but earnings before interest and tax came in at $656 million, beating an estimate of analysts surveyed by Bloomberg of $551 million.