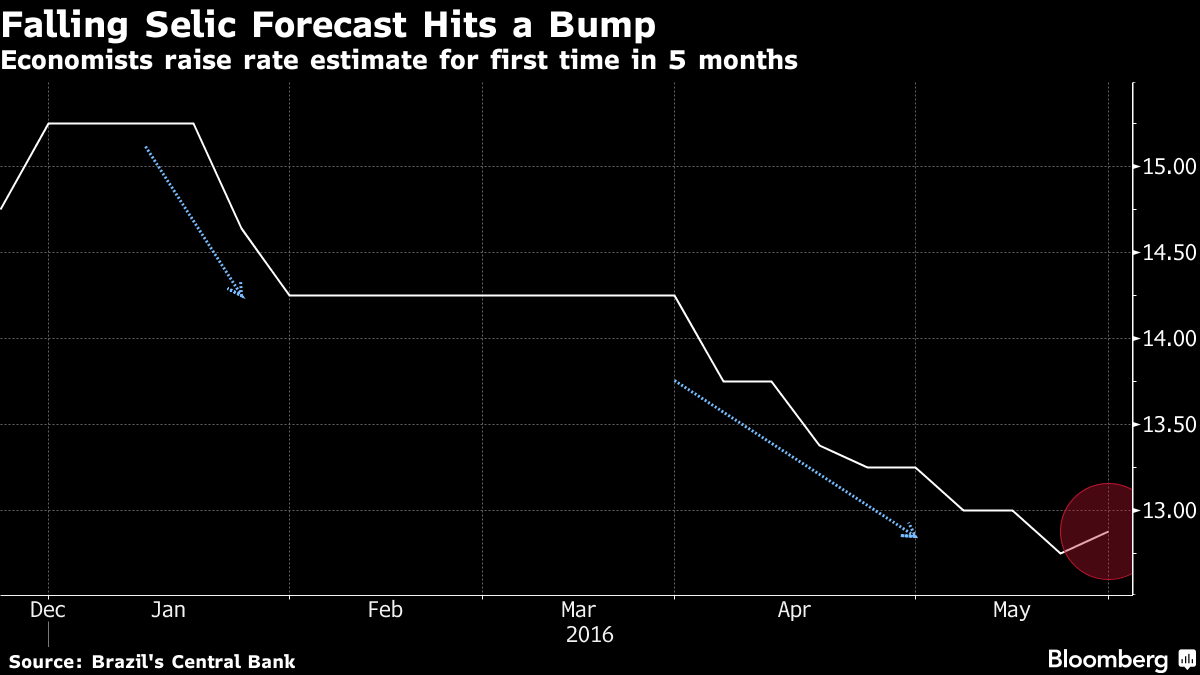 Economists’ median forecast for the Selic at year-end rose to 12.88 percent from 12.75 percent the prior week, marking the first increase in the weekly Focus survey conducted May 27. They also raised their 2016 inflation forecast to 7.06 percent, marking the second-straight increase.

With inflation still more than double the official target, Brazil’s Senate will this week evaluate Ilan Goldfajn, who has been tapped to helm the central bank. Policy makers held rates unchanged last month and the market bets that, under Goldfajn, they could begin lowering rates as soon as July, according to data compiled by Bloomberg. Recent inflation data may dim that prospect.