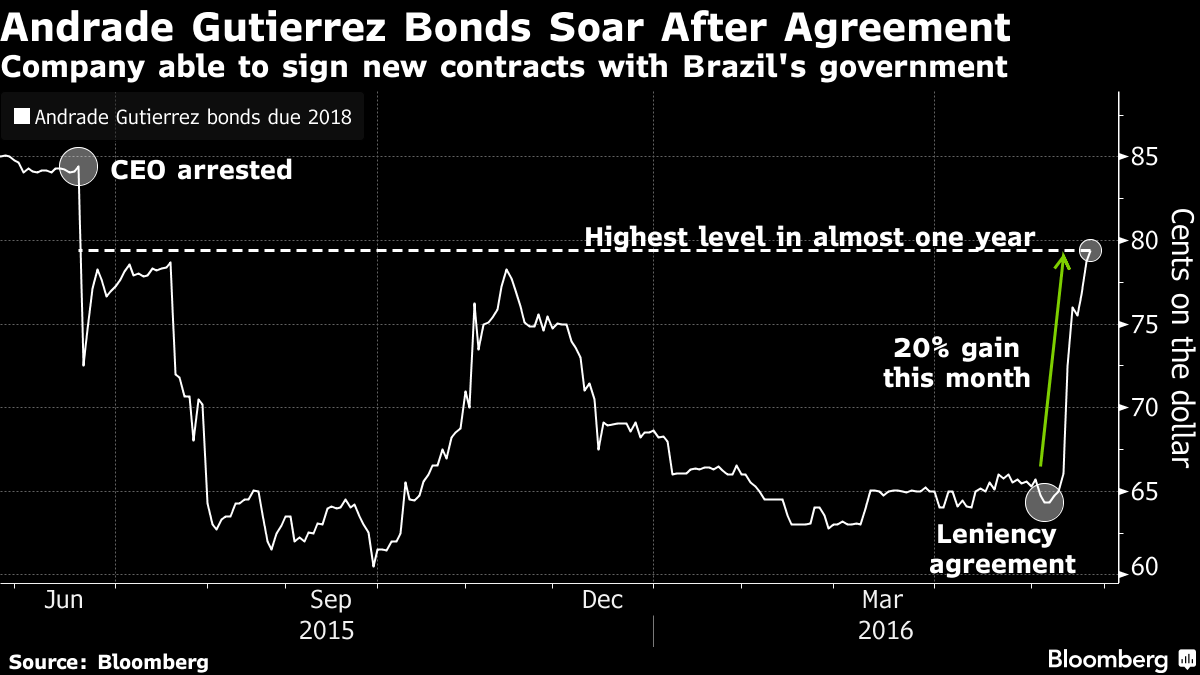 Andrade Gutierrez SA, one of several Brazilian construction companies implicated in the nation’s biggest corruption probe, is back in favor with bond investors.

The builder has seen its $500 million of notes due in 2018 return 23.3 percent since May 5, when it reached a leniency agreement with prosecutors. As part of the deal, Andrade Gutierrez issued a statement in Brazil’s biggest newspapers apologizing for taking part in a scheme to bribe executives at the state oil producer. It also agreed to pay a fine of 1 billion reais ($268 million) over the next 12 years. The Brazilian real gained 0.1 percent to 3.6068 per U.S. dollar as of 10:10 a.m. in Sao Paulo on Monday.