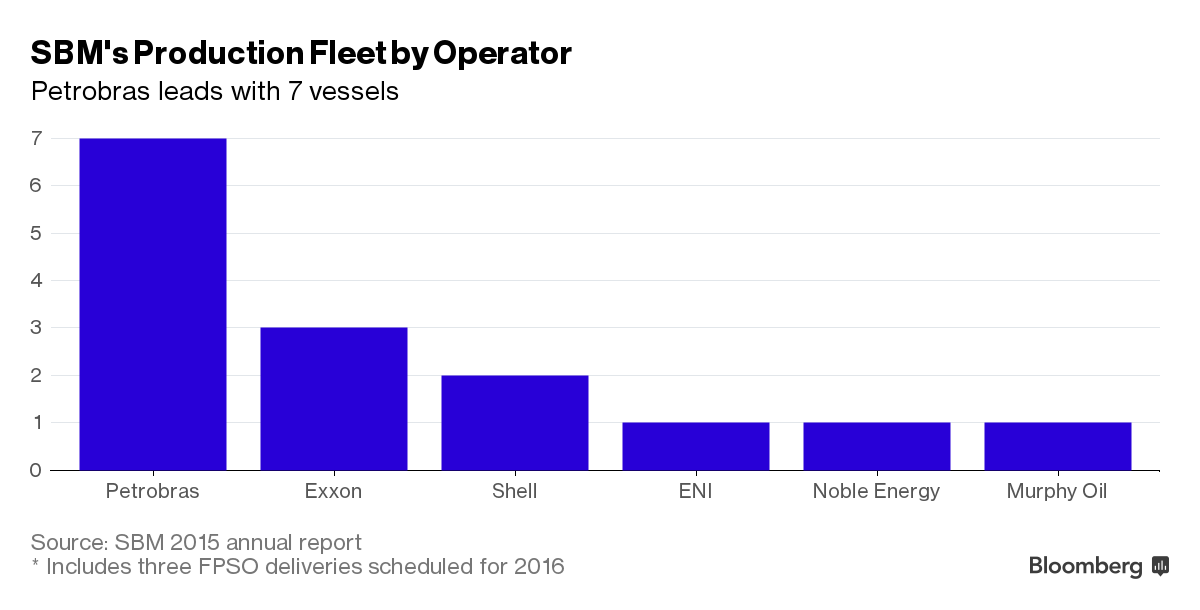 Bruno Chabas thought it would be easier to restore the image of offshore oil equipment supplier SBM Offshore NV when he became the chief executive officer in early 2012.

Three months after moving into the executive suite, Chabas decided to go public with what would become Holland’s biggest corruption scandal. Schiedam-based SBM announced it had been investigating potentially improper sales, and had disclosed its findings to authorities.

A couple of years later SBM has seen the Africa and Latin America bribery case settled and then reopened in the U.S., and it is still seeking clearance from some Brazilian authorities to operate in the country, its biggest market. The investigations coincide with an industry-wide effort to weather the oil rout by slashing spending on equipment such as SBM’s floating production vessels, known as FPSOs. Last year FPSO orders at SBM fell to four globally, less than a third of what the company was expecting as recently as 2013.