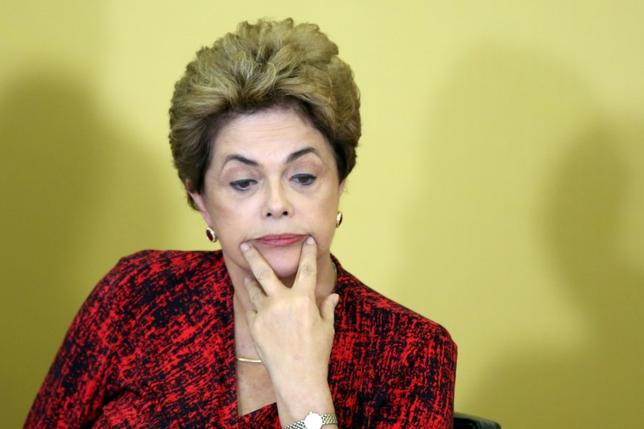 Minutes after taking her oath of office in 2011, President Dilma Rousseff stood before Congress and pledged to end the dirty back-room deals and kickback schemes at the heart of Brazilian politics.

“Corruption will be combated ceaselessly, and the entities that control and investigate these matters will have my full backing,” she vowed.

For a time, it seemed she would make good on her promise. In her first year, she forced out seven cabinet ministers tainted by accusations of wrongdoing and had the highest approval rating of any president since Brazil’s return to democracy in 1985.

Yet five years on, amid the worst recession since the 1930s, Rousseff will be stripped of office if the Senate, as expected, votes on Wednesday to put her on trial for breaking budgetary laws.