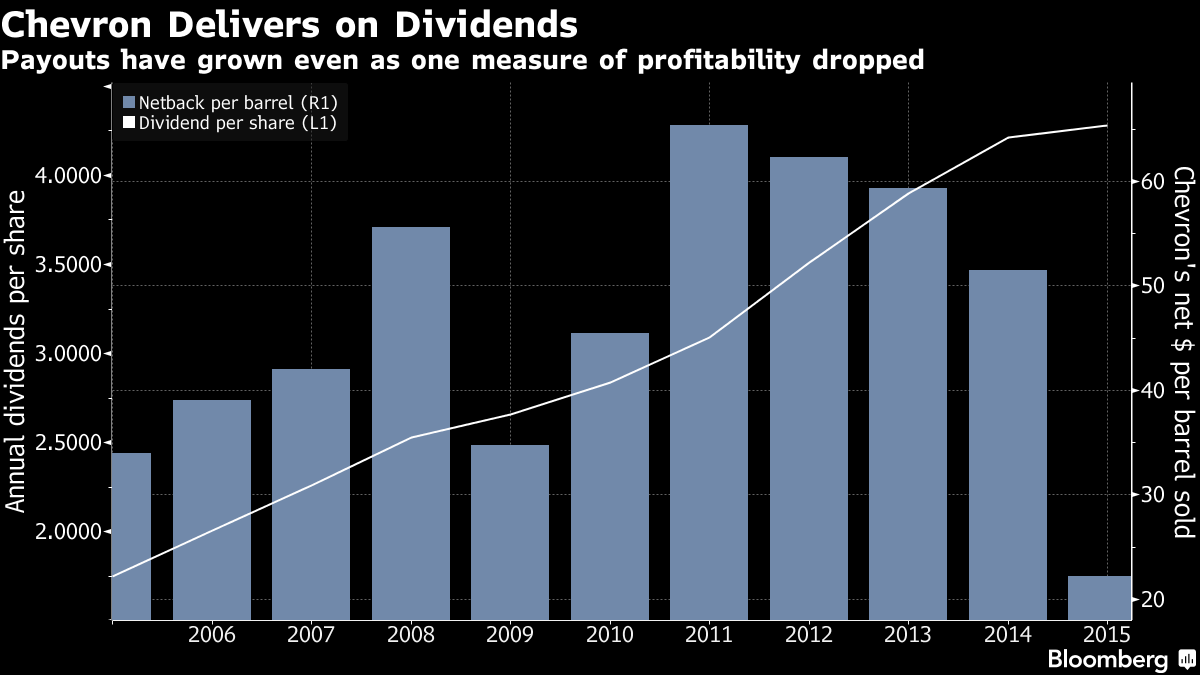 Chevron Corp. reported a loss that was double analysts’ estimates amid an oil-market collapse that’s sparked currency crises, corporate bankruptcies, credit downgrades and hundreds of thousands of layoffs across the industry.

Chevron swung to a loss of $725 million, or 39 cents a share, from a profit of $2.6 billion, or $1.37 a year earlier, the San Ramon, California-based company said in a statement on Friday. The result was worse than the average 19-cent loss expected by 19 analysts in a Bloomberg survey. Sales dropped by almost a third to $23.6 billion.

The last time the world’s third-largest oil explorer by market value posted a first-quarter loss was 1992, when crude traded for about $18 a barrel. Chairman and Chief Executive Officer John Watson has cut one of every 10 jobs, lowered production targets and written off some discoveries that would cost too much to bring to fruition as shrinking cash flow prompted Standard & Poor’s and Moody’s Investors Service to cut Chevron’s credit ratings.