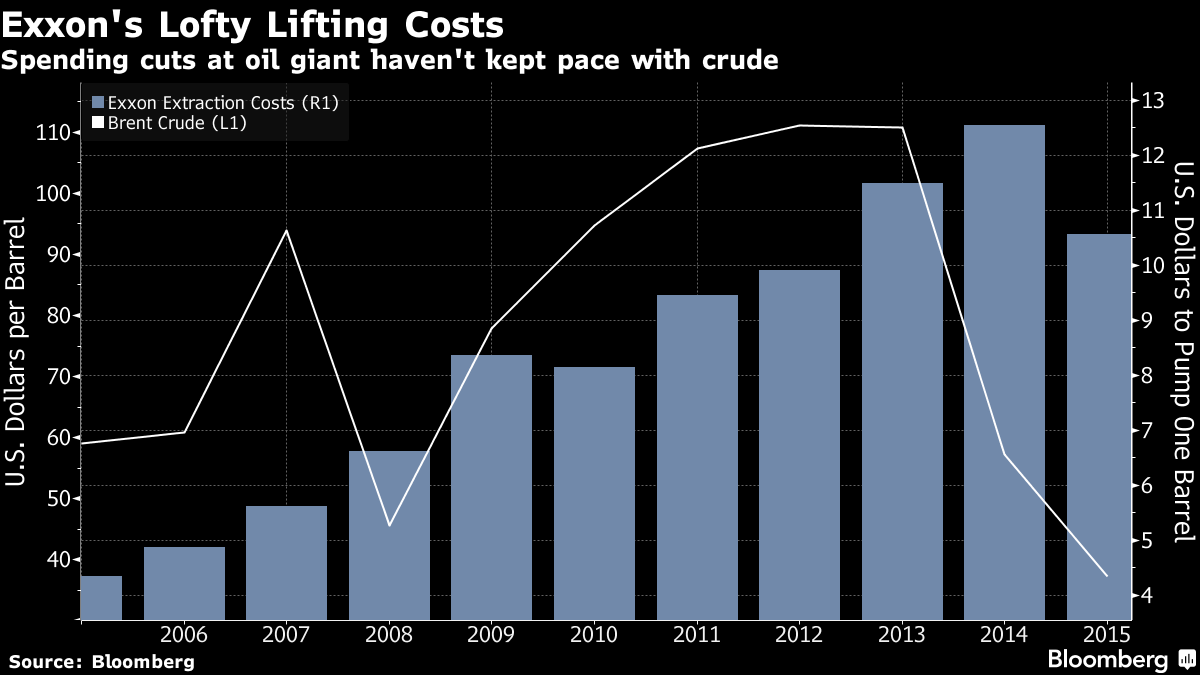 Exxon Mobil Corp. beat analyst estimates as a jump in earnings from its chemicals segment cushioned the blow from tumbling prices for oil and natural gas.

First-quarter net income fell to $1.81 billion, or 43 cents a share, from $4.94 billion, or $1.17, a year earlier, Exxon said in a statement on Friday. The quarterly profit was the lowest since March of 1999, before Exxon merged with Mobil Corp. Still, the per-share result was 15 cents above the 28-cent average of 19 analyst estimates tracked by Bloomberg.

The company was boosted by a 38 percent increase in its petrochemicals division, to $1.4 billion, as well as a 33 percent cut in capital expenditures as it pulled back on drilling and exploration amid weak commodity prices. The world’s biggest non-state oil explorer joined energy giants BP Plc, Statoil ASA and Total SA this week in beating analyst expectations on the back of massive cost cuts and strong refining and chemical results even as oil profits vanished.