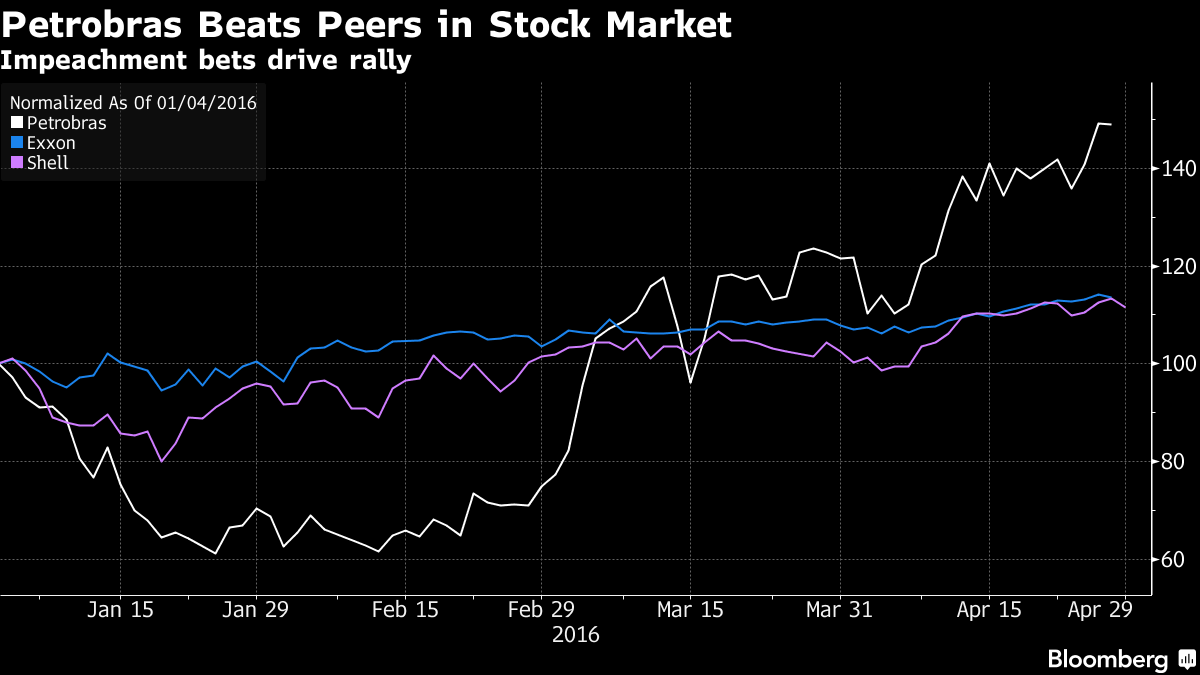 Petroleo Brasileiro SA could change its new board of directors under a new government, adding to uncertainty about leadership at the state-controlled producer as President Dilma Rousseff fights an uphill impeachment battle.

The government, which controls Petrobras through a majority of voting shares, can call a shareholders meeting to replace its seven representatives at any moment, Francisco da Costa e Silva, a former president of the local securities regulator who presided over a Thursday shareholders meeting in Rio de Janeiro, said at the event. Shareholders re-elected Chairman Luiz Nelson Guedes de Carvalho and named nine other board members on Thursday.