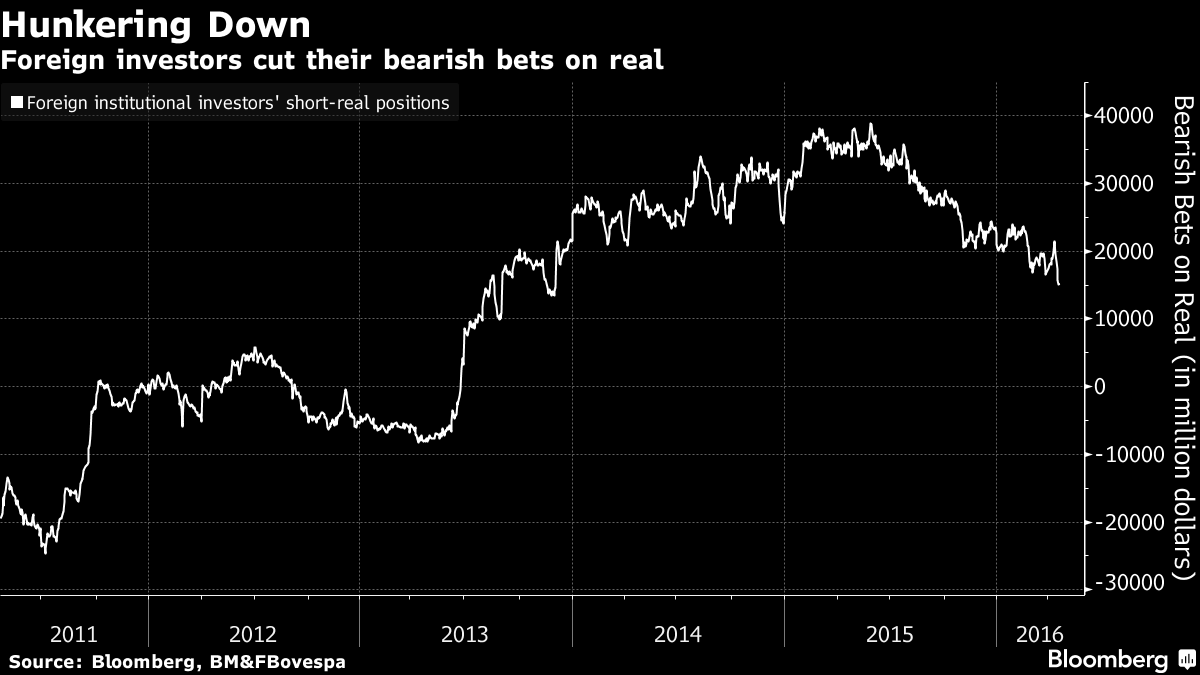 The currency market is becoming more convinced that the Brazilian real’s world-beating rally this year is far from over.

Foreign investors have reduced their bearish bets against the currency in the futures market by 33 percent since the end of 2015 to $15 billion, the least since November 2013, according to data compiled by Bloomberg and BM&FBovespa SA, Latin America’s largest exchange. The wagers had swelled to a record $39 billion in May 2015.