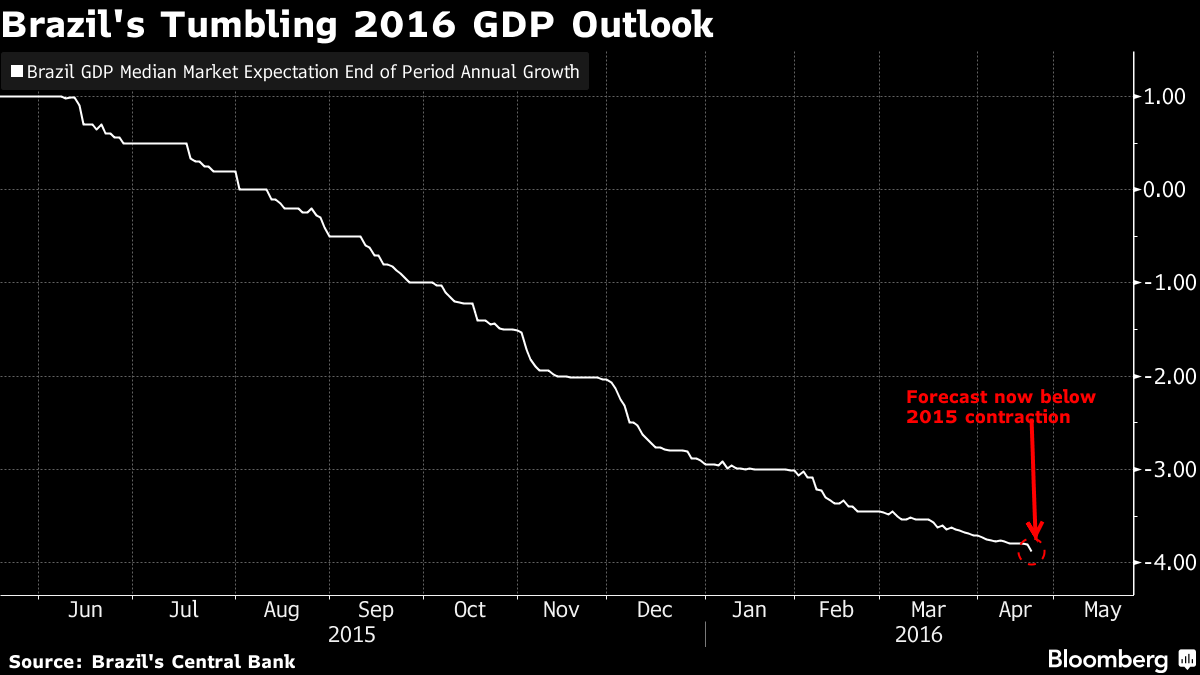 Brazil economists for the first time forecast the recession will deepen from 2015, which was already the sharpest contraction for Latin America’s largest economy in 25 years.

A swirling political crisis that’s come to the brink of toppling President Dilma Rousseff has weighed on business confidence and frozen investment. With consumers likewise rattled by rising joblessness and inflation at more than double the government’s target, families are strapped for cash and tightening their belts. That’s put growth forecasts onto a downward spiral, with this week’s outlook marking the fourteenth straight reduction.