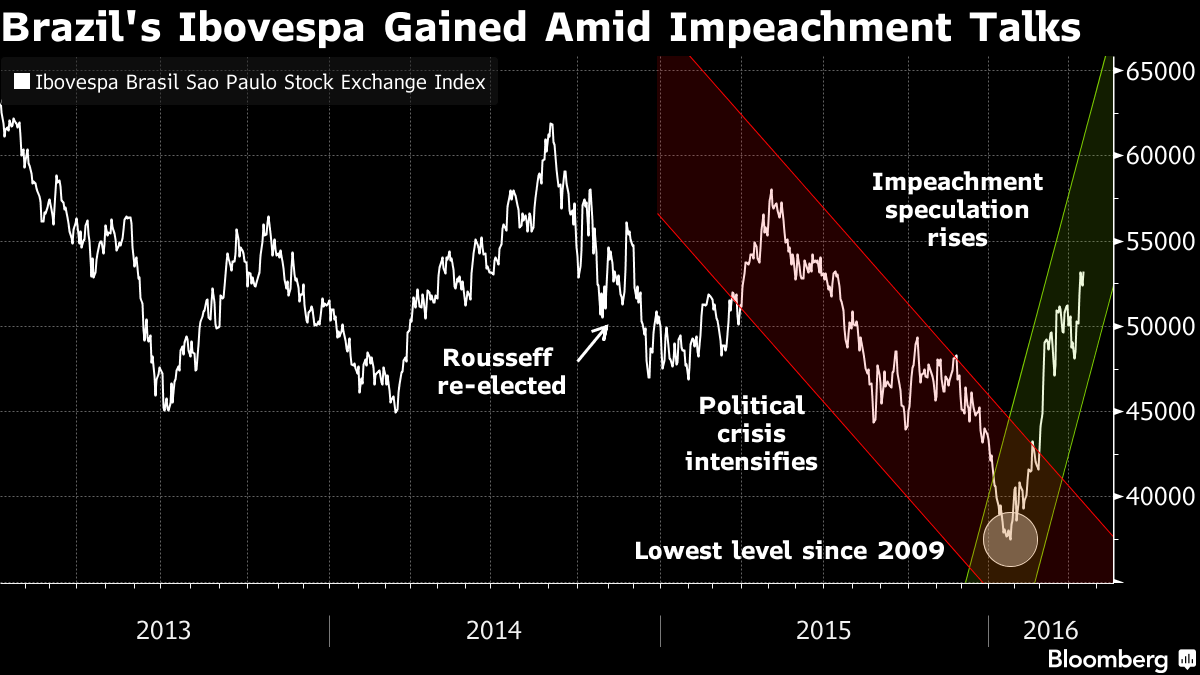 Investors in Brazil may find that getting what they wished for isn’t all it was cracked up to be.

The real and the Ibovespa slumped even after the lower house of Congress voted to proceed with President Dilma Rousseff’s ouster. The scope of gains going forward is seen as limited given the difficulty in tackling the country’s economic and fiscal crises no matter who is in power, according to long-time watchers.

Investors have piled into Brazilian assets this year on speculation Rousseff’s ouster will allow a new government to push through measures aimed at pulling Latin America’s biggest economy out of its worst recession in a century and tackling an exploding budget deficit. But the severity of the problems means her likely successor — Vice President Michel Temer — will have little margin for error.