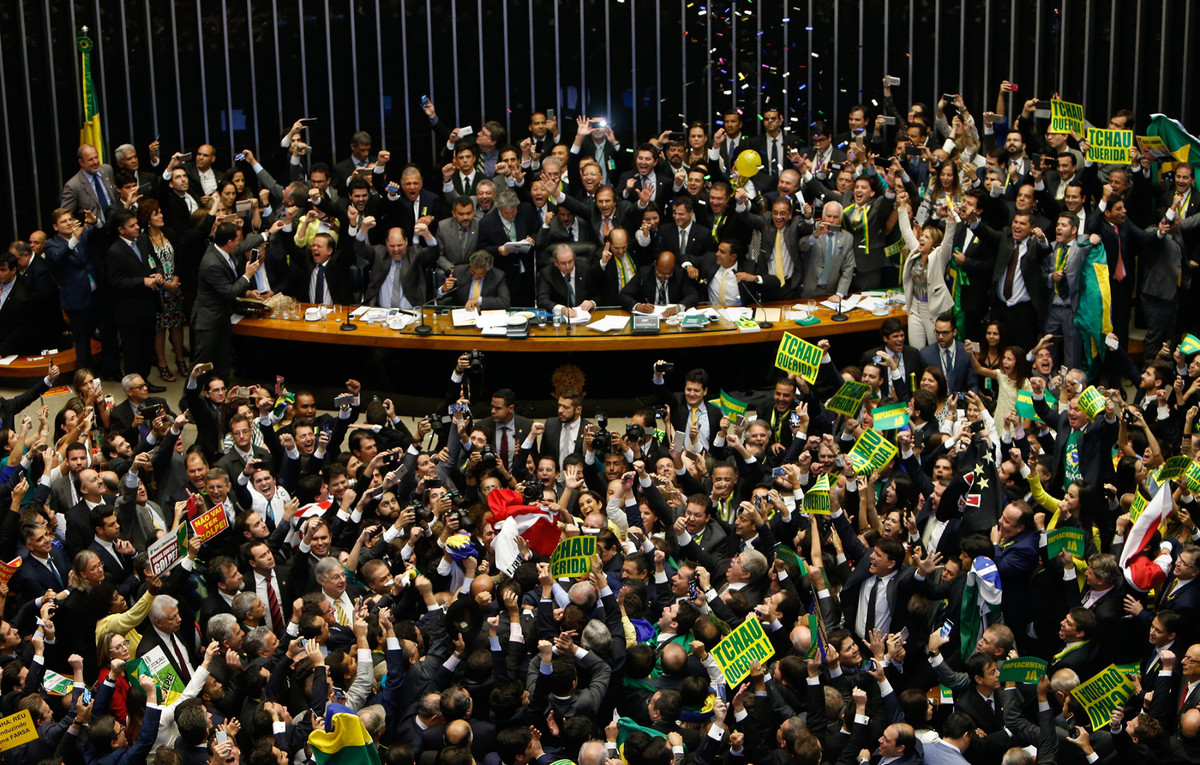 Dilma Rousseff is running out of time and options as her enemies close in on the first impeachment of a Brazilian president in 24 years.

After a dramatic defeat in an impeachment vote in the Lower House on Sunday, she may have only a couple of weeks to turn around growing momentum for her ouster in the Senate. Rousseff’s main aides have already said she will fight back during her upcoming trial in the upper house of Congress and may again challenge the impeachment process before the Supreme Court. Others in her ruling coalition suggested she could also back calls for new elections.

Rousseff is expected to make a statement later on Monday.

“She won’t resign, there’s no time or consensus for elections, so she’ll continue fighting back the way she has done so far,” said Ricardo Ribeiro, political analyst at Sao Paulo-based business consulting firm MCM. “Frankly I don’t think there’s much to prevent her ouster at this point.”
Read more