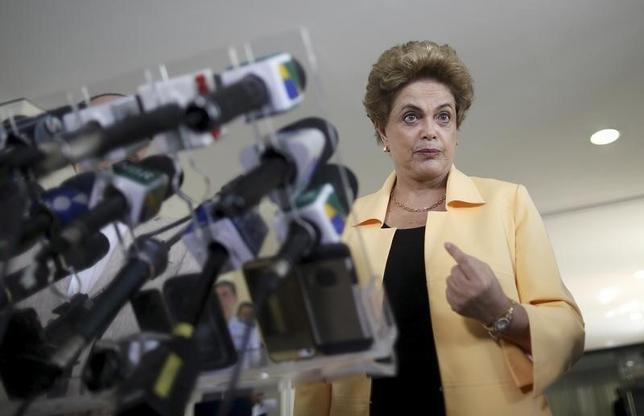 Brazilian President Dilma Rousseff’s government rejected new accusations on Thursday that her election was illegally funded with graft money and expressed confidence it can block an attempt to impeach her.

Executives from Brazil’s second-largest engineering company testified that Rousseff’s 2014 re-election campaign was partly funded by kickbacks from large infrastructure projects, according to a report by the Folha de S. Paulo newspaper.

The testimony, part of a plea bargain with 11 executives of builder Andrade Gutierrez [AGIS.UL], would be the strongest link yet between Rousseff’s campaign and a widening corruption investigation that has toppled her associates and dozens of other political and corporate officials.