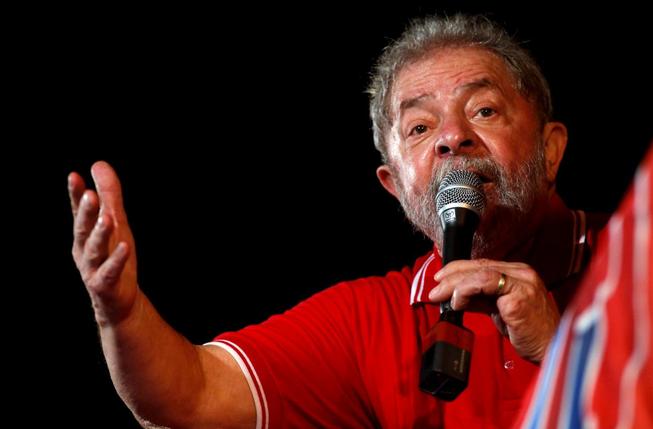 Former Brazilian President Luiz Inacio Lula da Silva speaks in support of President Dilma Rousseff, as he attends a protest against her impeachment at the Union of Metal Workers in Sao Bernardo do Campo, Brazil, April 4, 2016.
REUTERS/LEONARDO BENASSATTO

Brazil’s top prosecutor recommended on Thursday that the Supreme Court block the appointment of former president Luiz Inacio Lula da Silva as cabinet minister because it was intended to disrupt a corruption investigation.

Lula’s protégée and successor, President Dilma Rousseff, last month named him to be her cabinet chief, ostensibly to help her raise dwindling support among her coalition allies to fight off the threat of impeachment in Congress.

The appointment would have given Lula some immunity from prosecution by crusading anti-corruption lower court Judge Sergio Moro because ministers and elected officials can only be tried by the Supreme Court in Brazil.