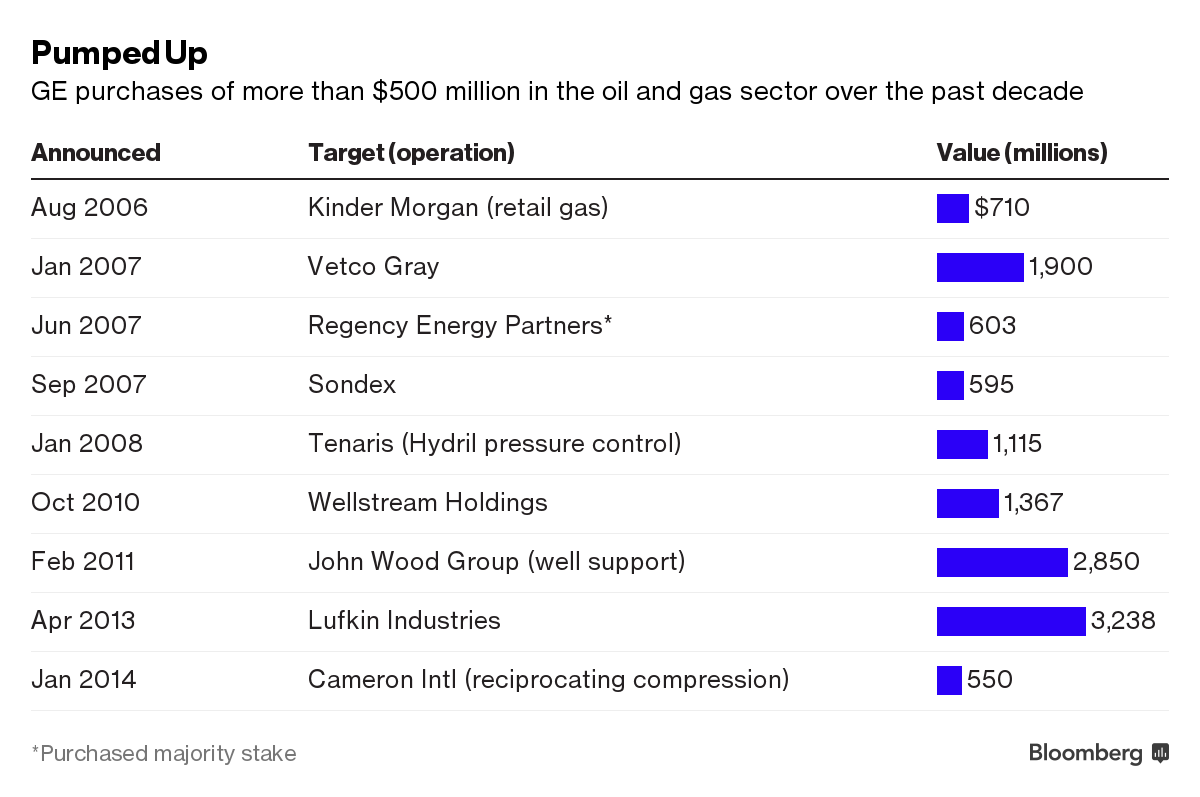 General Electric Co. could become one of the top players in the oil services and equipment industry if it decides to bid for Baker Hughes Inc.

A Justice Department lawsuit filed this week against Halliburton Co. to stop the merger of the world’s second- and third-largest oilfield service companies could soon put Baker Hughes back in play, with GE seen as the most likely bidder. Halliburton and Baker Hughes have said they plan to contest the government’s case, which could delay the timing of any future takeover offers. In December, GE was said to be exploring bids for various assets Halliburton was marketing in an attempt to secure antitrust approval for the deal.

“This is one way you could really accelerate yourself in the oil and gas industry,” J. David Anderson, an analyst at Barclays Plc, said Thursday in a phone interview. “Buy Baker to fill in the gap and all of a sudden, you’re one of the more dominant oil service companies out there.”

GE has expanded its oil and gas business in recent years through more than $10 billion in acquisitions, making it the company’s fourth-largest division. Yet, within the world of oilfield services and equipment manufacturing, the company ranks 11th, according to Tulsa, Oklahoma-based consultant Spears & Associates. Among GE’s four largest business units in the oilfield sector, none rank larger than third for market share. A large acquisition would vault GE into the top tier.
Read more