How to rescue Petrobras 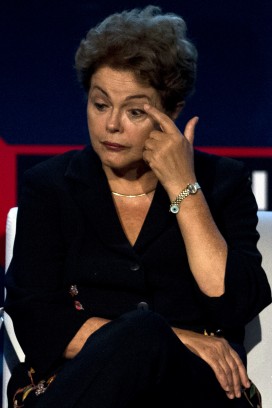 The corruption investigation initiated by the Brazilian prosecutor, Rodrigo Janot, into 54 individuals including leading politicians is just beginning. The allegations behind the inquiry concern the diversion of huge amounts of money from Petrobras, the state oil company.

No one know how much money is involved, which means that no one knows what the company is now worth.

Petrobras’s share price has fallen by 44 per cent over the last year, with some some $90bn wiped off the value of the company in just six months.

Part of that is due to falling oil prices, but more is the direct result of the company’s internal problems. There are no signs yet of the ambulance-chasing investors who like to pick up undervalued assets for a song piling in. They must think, probably with good reason, that the worst is yet to come.

In the US a class action law suit has begun. The scandal could yet bring down the Brazilian government, not least because for most of the period when the corruption is said to have happened Dilma Rousseff just happened to chair Petrobras. It could also be a deep embarrassment for the audit firms who seemed to have missed what was happening.

The question for the moment is what happens now to Petrobras itself.

Last time I wrote about Petrobras and suggested there were problems the company wrote in through a PR agency to say that it was in brilliant shape and that I was completely wrong. I’m happy to admit my last article on Petrobras was wrong. The situation of the company was far worse and the mismanagement far greater than I suggested in the article, or was aware of at the time.

Petrobras is a strong engineering business with a good operational record. The company produces more than 2.5m barrels of oil a day and has been instrumental in developing Brazil’s offshore oil resources. Without Petrobras, Brazil would be much poorer and would never have been listed as one of the Brics – the now rather tainted acronym invented by Goldman Sachs for the next generation of major world economies – Brazil, Russia, India, China and South Africa. The achievements of the technical side of the company make me feel even sorrier for the 87,000 Petrobras staff.

The company has been damaged over the last decade not just by the alleged corruption but also by politically motivated price manipulation which has left the downstream business much weakened. Few companies can be expected to cope with the $44bn of operating losses imposed on the business by fuel subsidies since 2011. There has also been gross mismanagement at board level. That is reflected not just in the share price fall but also by successive failures to meet production targets, especially for new fields. International partners have been misled into accepting unrealistic timescales and cost schedules. The result of all this is that the company is no longer trusted. For what should be a national champion, and what is still one of the largest energy companies in the world that is a disaster.

What then can be done? The corruption case will take its course and no doubt a long time. That could be debilitating for the business – and in turn for the national economy. I hope the Brazilian government, regardless of the alleged involvement of individuals in what has happened will now make sure that Petrobras can survive and regain its reputation.

It would be foolish to expect that to include privatisation. This is the wrong moment to sell, and under the current government there is no support for the idea. A much better approach would be to separate out the different elements of the company into distinct businesses.

There is a strong case for a separate retail business and for distinct entities managing oil and gas. It would be also be possible to create an exploration company that would be international in scope – applying the skills Petrobras has created in other areas of the world. Some of that has been done, but much more is possible.

The second element of a corporate renaissance would come if the company were allowed to operate independently of government. Mrs Rousseff and Guido Mantega, the current chairman, have clearly failed as corporate leaders. It is hard to see why another politician such as Nelson Barbosa, the planning minister whose name has been suggested as the likely successor, would be any better. As proved by many examples from around the world over the last two decades politicians really don’t belong in the board room. The company should be run by professionals with reputations to protect, and managed as an independent entity.

Key to this, and the third element of radical change, is a policy of transparency. Energy companies should be doing nothing that cannot be seen in public. Since we can no longer rely on auditors and accountants to spot things going wrong, companies will have to put into the public domain even more details about what they doing. Companies hate this of course – it takes up time and resources. But the only answer to distrust is a change of culture.

The fourth element would be for the government to stand back and let the new companies do their job. This is particularly true for the downstream business. Imposing price controls never works. It distorts corporate decision making and in the long run always costs more than it achieves. Companies are not instruments of social policy. If there is a case for subsidising prices to particular consumers or softening the volatility of an erratic market that is a matter for public policy which should be managed by direct transfers.

Brazil will survive the current crisis, even if the government and individual politicians don’t. So will Petrobras – I hope in a different form as a professional business rather than as a political tool.

One thought on “How to rescue Petrobras”