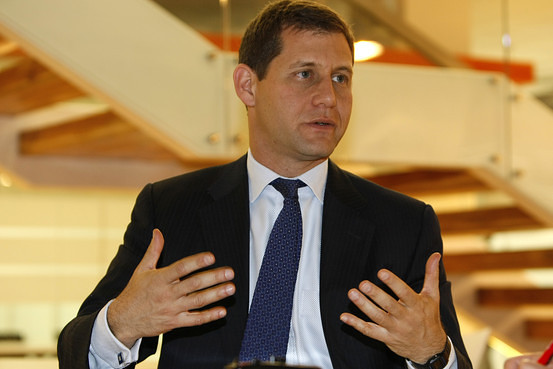 Directors of Colombian oil services company PetroTiger Ltd. decided to follow the advice of U.S. prosecutors when they came clean more than three years ago on possible wrongdoing by top executives at the company.

The ramifications of that decision–both good and bad for the company–illustrate the dilemma faced by companies that discover possible bribery or other illegal conduct. On the one hand, such candor can win more lenient treatment by prosecutors, but on the other the public scandal that follows can lead to lost business.

In 2011, PetroTiger’s board reported to the U.S. Federal Bureau of Investigationpossible bribery by the company’s executives–including its two former co-chief executives– leading three to be charged with violations of the Foreign Corrupt Practices Act, which bans bribery of foreign officials. In return, the company won a commitment from the U.S. Department of Justice that it wouldn’t be prosecuted, according to a letter from the Department dated May 14, 2014, reviewed by the Wall Street Journal. (The Justice Department declined to comment on the letter.)

Winning such leniency is almost unheard of when bribery reaches into the highest levels of the company, as prosecutors allege was the case in PetroTiger, experts said. Even when companies come forward with executive-level corruption, authorities more often offer deferred or non-prosecution agreements, in which firms publicly admit to misconduct and pay penalties, said Kathleen Hamann, a former longtime prosecutor in the Justice Department’s FCPA unit who is now a partner at White & Case LLP.

Despite the leniency the company received, board members are now dismayed with the fallout of having come forward, according to people familiar with their thinking. PetroTiger’s board members feel they are being unfairly tarnished by local news stories about the scandal, which often fail to mention their role in reporting the possible violations, or that the accused executives have all left the company.

The coverage has been bad for business, repelling potential new customers, according to people close to the company.

PetroTiger’s self-reporting and subsequent public revelations in the case have also jeopardized PetroTiger’s relationship with one large customer, state-run oil companyEcopetrol SAEC -4.04%, for which it provides oil field services.

The accused former PetroTiger executives were charged with paying bribes to an official at Ecopetrol. An Ecopetrol spokesman said the official in question, David Duran, left the company in 2011, and the company is “the victim” of the alleged scheme, the spokesman said.

Mr. Duran, the alleged recipient of the bribe, appeared last month before authorities offering to cooperate, said local prosecutors. He appeared with his wife, Johanna Navarro, who allegedly received the bribe on his behalf. No deal was struck, said officials at the prosecutor’s office. According to these officials, prosecutors plan to present evidence against Mr. Duran before a judge in the coming weeks, which could result in formal charges or an arrest warrant. The lawyer for Mr. Duran and Ms. Navarro could not be reached for comment, but told local media that Mr. Duran presented himself to dispel rumors he had fled the country.

The case is drawing attention in Colombia and the U.S. at a time when some experts say companies are reconsidering the wisdom of coming forward to the government with allegations that their employees have paid bribes. As the U.S. Justice Department has ramped up prosecution against businesses accused of bribing overseas officials, officials have encouraged self-reporting of possible misconduct, in exchange for weaker or no punishment.

The latest call came from Andrew Ceresney, director of the Securities and Exchange Commission’s enforcement division, when he said this week that “the benefits from cooperation are significant and tangible.” The SEC enforces the FCPA alongside the Department of Justice.

But self-disclosure to prosecutors also often means years of costly legal representation, as internal investigations and negotiations with prosecutors drag out, along with the stigma of public corruption accusations that can send customers fleeing. And companies increasingly believe that if there is no internal whistleblower or foreign law enforcement investigation to draw attention to misconduct, U.S. prosecutors are often unlikely to learn of the wrongdoing.

“More and more companies are making the decision not to disclose,” said William Jacobson, a former federal prosecutor, now a partner at Orrick Herrington & Sutcliffe LLP specializing in FCPA cases. Instead “they remediate controls, get rid of culpable individuals and clean up compliance internally.”

Ms. Hamann said companies that discover FCPA misconduct need to consider what potential discount authorities may give them on future fines if they come forward. They must also gauge the likelihood that U.S. prosecutors will discover the misconduct on their own through media reports, foreign investigations or related litigations. That must all be weighed the possibility that a self-disclosure could set off a wave of actions by overseas law enforcement in countries where the misconduct took place, she said.