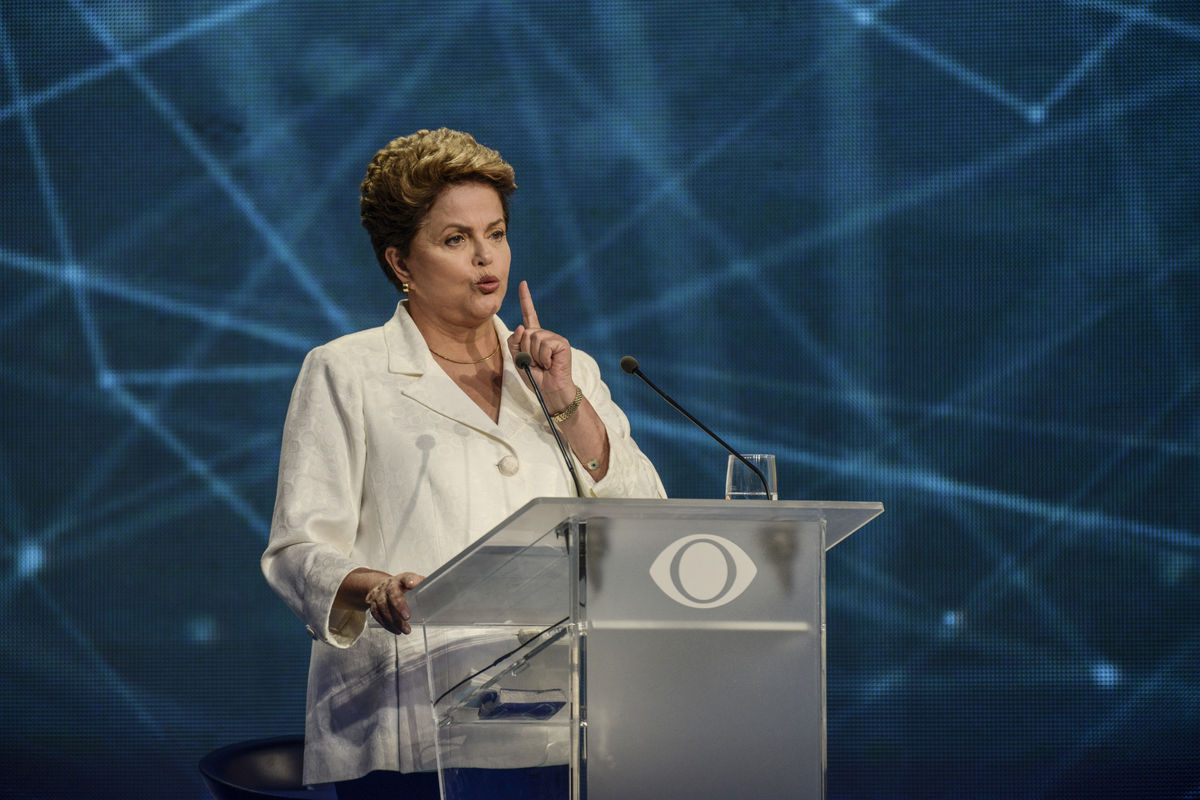 Brazil’s Supreme Court on Friday gave the green light to investigate the heads of both houses of Congress while ruling out a probe into President Dilma Rousseff in the country’s largest corruption scandal. Photographer: Paulo Fridman/Bloomberg

(Bloomberg) — Brazil’s Supreme Court on Friday gave the green light to investigate the heads of both houses of Congress while ruling out a probe into President Dilma Rousseff in the country’s largest corruption scandal.

Renan Calheiros and Eduardo Cunha, the chief of the Senate and lower house respectively, are among senior politicians to be investigated by the prosecutor general in relation to an alleged kickback scheme dubbed Carwash that may have funneled hundreds of millions of dollars from state-controlled Petroleo Brasileiro SA to political parties. The Supreme Court press office published the list of names by e-mail.

The investigation threatens to heighten tension between Congress and the executive branch, possibly delaying proposals by Finance Minister Joaquim Levy to cut spending and increase taxes, said Bernardo Rodarte, who oversees 1 billion reais ($326 million) at Sita Corretora. The scandal has already contributed to a decline in Rousseff’s approval rating, which is the lowest of any Brazilian president in 15 years.

“The political unrest caused by the Carwash operation is just beginning and has already worsened the prospects for Levy’s fiscal adjustment,” Rodarte said by phone from Belo Horizonte, Brazil, before the court’s announcement. “The more than 20 billion reais that depend on congressional approval are totally necessary or Brazil will risk losing its investment-grade status.”

Also among those who will be investigated are Rousseff’s former energy minister, Edison Lobao, and her prior chief of staff, Senator Gleisi Hoffmann.

Calheiros earlier on Friday requested the right to clarify allegations against him before the probe was authorized, his lawyer said in a letter to the Supreme Court.

Rousseff’s ruling alliance is already strained as coalition partners jostle for power and disagree over austerity measures designed to shrink the budget deficit and prevent a credit-rating downgrade. Calheiros and Cunha are members of the Brazilian Democratic Movement Party, Rousseff’s biggest ally.

Calheiros this week skipped a dinner with the president and a day later rejected her decree to unwind payroll tax breaks, forcing the president to introduce new legislation to get her measure through Congress. The bill is designed to raise government revenue.

Swap rates maturing in January 2017 surged 26 basis points, or 0.26 percentage point, to 13.43 percent on Friday. The real fell 2 percent to 3.064 per U.S. dollar and has dropped 13 percent so far this year, the worst performance among the 16-most traded currencies tracked by Bloomberg.

Some of the kickbacks allegedly paid by contractors in the Petrobras case went to legislators and political parties, including as much as $200 million to the ruling Workers’ Party, or PT, according to Pedro Barusco, a former Petrobras services manager who made a deal to turn state’s witness. The PT has said that all contributions were within the law.

It’s been 12 months since police made the first round of arrests in the alleged money laundering scheme. The probe, named after a gas station and carwash network in Brasilia, has mushroomed as investigators looking into alleged kickbacks and inflated contracts at Petrobras.

The police have detained former Petrobras directors and executives at some of the country’s biggest construction companies on allegations of accepting and paying bribes.

More than three-quarters of respondents in a Feb. 3-5 Datafolha poll said Rousseff, who was chairman of Petrobras from 2003 to 2010, knew about the corruption and either let it happen or couldn’t do anything to stop it. The scandal, coupled with the threat of an economic recession, has driven her approval rating to 23 percent, a drop of nearly half from December, according to the poll.

Rousseff has said she had no knowledge of the graft and that her government, unlike some previous administrations, is allowing investigations to proceed unhindered.