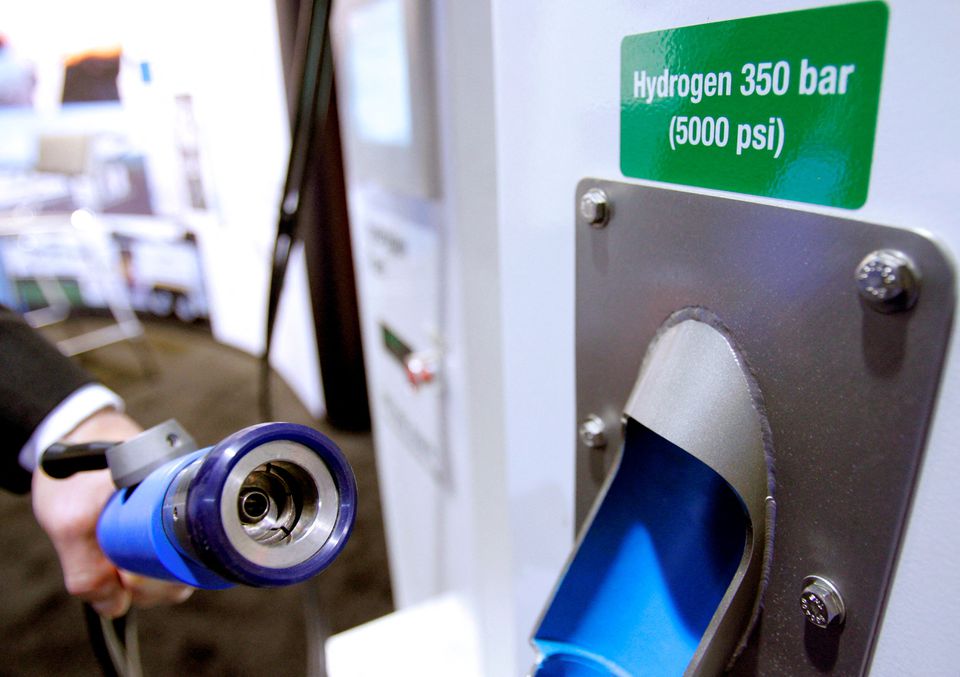 (Reuters) – Imports of renewable hydrogen into the European Union by 2030 will be competitively priced compared with domestically produced clean hydrogen, a future energy source to replace fossil fuels, a study by Aurora Energy said on Tuesday.

In the RePowerEU policy, lawmakers have assumed that hydrogen usage in the bloc will reach 20 million tonnes a year by the end of the decade, half of which will be met by imports of hydrogen derived from carbon-free sources such as wind and solar power, according to Aurora.

The war in Ukraine has sharpened the region’s focus on security of energy supply, and the use of green hydrogen from renewable electricity is compatible with its climate goals.

Recent studies have put the current cost of hydrogen from green power in North Europe within a rough range of 6-8 euros.

At that rate, Australia, Chile and Spain would be able to produce it at 3.1 euros/kg, Morocco at 3.2 euros/kg and the United Arab Emirates at 3.6 euros/kg, it said.

Aurora compared the assumed costs of production, conversion into other energy forms and transport via ship, pipeline or trucks.

In conclusions on transport modes, it found pipeline transport to be least expensive, which it said favoured sunny Spain and Morocco as suppliers to industries further north.

Ship transports into Germany would be generally 20% more expensive than those via pipeline, while using liquid organic carriers (LOHC) or ammonia to bind hydrogen for re-conversion at its destination would be even more expensive, Aurora said.

However, seaborne ammonia imports carrying hydrogen from Chile and Australia into Germany might be within the assumed domestic production cost range by 2030.