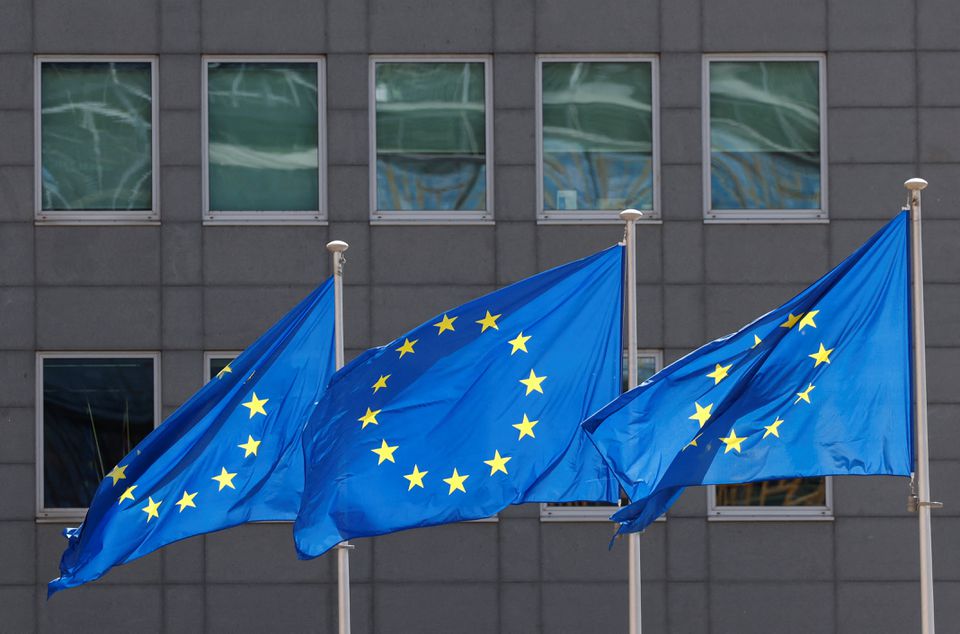 (Reuters) – European Union leaders will give clearance in February for work on new EU funding for the green tech industry to counterbalance subsidies in the United States and China, as well as more flexible use of existing funds and looser state aid rules.

The draft conclusions for the Feb 9-10 EU leaders’ summit, seen by Reuters, signal that Germany and other northern European countries could drop their objections to the EU jointly raising more money.

The conclusions showed leaders will also call for simpler permit procedures for green investments as the 27-nation bloc strives to remain attractive to clean tech companies.

European makers of wind turbines, solar panels, batteries and hydrogen are now considering whether to invest in the United States instead because of the $369 billion of subsidies offered under the U.S. Inflation Reduction Act, much of it subject to local content requirements.

In reaction, the EU wants to loosen its state aid rules to allow faster and greater government support to green sectors.

But since not all 27 EU governments can subsidize to the same extent, the leaders will seek proposals from the European Commission on EU funding. This would likely come from jointly borrowed money that would be passed on to governments as loans, like in the existing employment support scheme SURE.

“Even access to financial means is instrumental to a fully effective EU policy response,” the draft conclusions said.

In the longer term, the leaders will expect the EU executive Commission to come up with a plan for a European Sovereignty Fund to support investment, possibly with the involvement of the private sector and the European Investment Bank.

The leaders will also call for better investment conditions in the bloc, such as fast-tracking permits for new clean-tech projects and more green-focused public procurement rules.