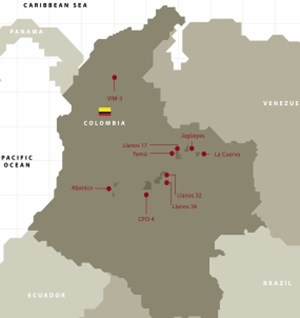 (WO) — Houston American Energy Corp. announced the acquisition of an additional interest in Hupecol Meta, LLC., on December 9th.

“We are excited about the increase of our interest in the CPO-11 block, the progress made by Hupecol Meta to date, and the outlook for the development of the block,” John Terwilliger, CEO of Houston American, said.

Hupecol Meta owns the 639,405 gross acre CPO-11 block in the Llanos Basin in Colombia, comprised of the 69,128-acre Venus Exploration area, operated by Hupecol, and 570,277 acres which were 50% farmed out to Parex Resources by Hupecol.