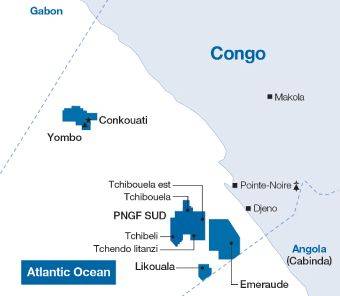 Perenco said that good oil and gas shows were recorded on entry into the reservoir, and a 75-meter oil column was interpreted on logs.

“A test of these zones produced at 2,000 bopd, followed by other analysis necessary to help confirm volumes,” Perenco said. The name of the offshore well is TCHNEM1-01.

“This exploration discovery is a potential ‘play opener’ for Perenco in the pre-salt in Congo, with a number of other Vandji leads identified on our acreage,” Perenco said.