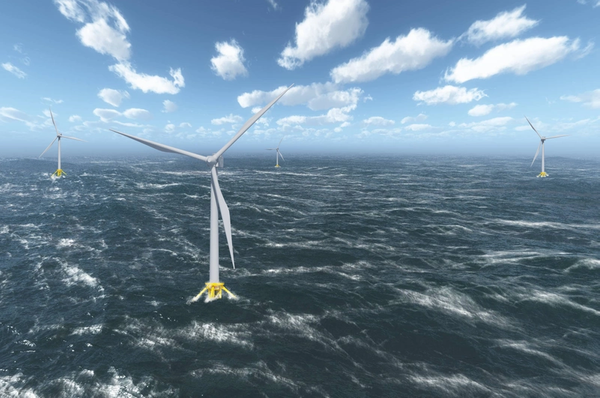 (Reuters) The Norwegian government plans to make its first awards in an offshore wind power tender by the summer or autumn of 2023, it said on Tuesday as it published long-awaited criteria for companies to take part in the bidding.

The Nordic country, a major producer of oil and gas as well as hydropower, plans to commission up to 30 GW of offshore wind capacity by 2040.

A wide range of utilities, oil and gas producers, and engineering companies have lined up to develop offshore power projects in Norway, including Equinor, Shell, BP, Orsted, Statkraft, and Eni.

In a first step, Norway will develop Soerlige Nordsjoe II phase 1, covering 605 square kilometers (235 square miles) of a wider, pre-chosen area bordering the Danish sector of the North Sea that is suitable for bottom-fixed wind-power turbines.

As part of a compromise over rising domestic power prices and a looming power deficit, the first phase comprising 1.5 gigawatts of capacity will connect to the Norwegian market only. “The government wants ocean wind power to lead to industrial developments in Norway,” Minister of Petroleum and Energy Terje Aasand said in a statement.

The auction for Soerlige Nordsjoe II will open at the end of the first quarter of 2023, with awards given “towards summer/autumn”, the government said. Those vying for acreage at Soerlige Nordsjoe II must pre-qualify for participation by fulfilling criteria judging sustainability, a positive impact on local business development and the ability to complete the project, the government said.

The government will also offer licenses for a second area, Utsira North, situated in deeper waters off the coast of Norwegian oil industry hub Stavanger, that is suited for floating wind turbines.

Here, the government proposes to award three licenses for 500 MW each, which will be awarded based on qualitative criteria in order to facilitate innovation and technology development for floating offshore wind.