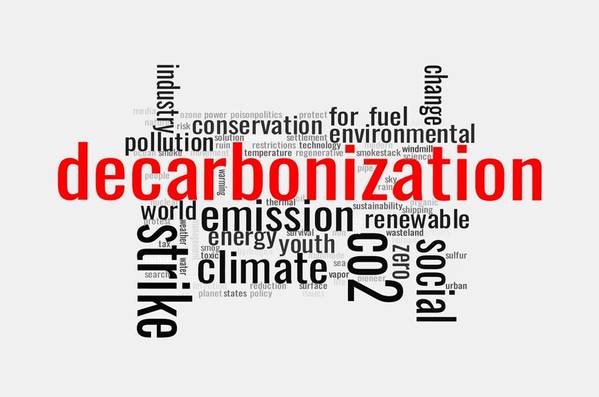 (OEM) With COP27 in full swing, governments have set out an action plan to make clean technologies cheaper and more accessible in a bid to scale up decarbonisation efforts, says the International Renewable Energy Agency (IRENA). This builds on the progress made since COP26 and the intergovernmental organisation anticipates that investments in wind and solar projects are on their way to exceeding those in oil and gas.

As COP27, which is taking place in the Egyptian coastal city of Sharm el-Sheikh, pushes climate action to the forefront, seeking to deliver on the Paris Agreement, IRENA disclosed on Friday that countries representing more than 50 per cent of global GDP have set out a 12-month action plan to speed up decarbonisation. This entails 25 sector-specific priority actions under the Breakthrough Agenda to decarbonise power, transport and steel, scale up low-emission hydrogen production and accelerate the shift to sustainable agriculture by COP28. In addition, buildings and cement sectors are expected to be added next year.

This year’s package of measures is designed to cut energy costs, rapidly reduce emissions and boost food security, says IRENA, explaining that “historic support” drives forward implementation from Glasgow to Sharm El Sheik and into the United Arab Emirates-hosted COP, sending “a signal of intent to the private sector.” The actions outlined within this 12-month plan target sectors accounting for more than 50 per cent of global greenhouse gas emissions and will be delivered through coalitions of committed countries, including the G7, European Commission, India, Egypt, Morocco and others.

While these efforts will be supported by international organizations and spearheaded by a core group of governments, IRENA highlighted that this will also be reinforced with private finance and “leading industry initiatives.” These announcements build on the leader-level commitment at COP26 by 45 countries to work together to make clean technologies and sustainable solutions “the most affordable, accessible and attractive option in each of the emissions-intensive sectors of the global economy,” before the end of this decade.

Alok Sharma, COP26 President, remarked: “Since we launched the Breakthrough Agenda at COP26, the world has changed and we are facing a perilous geopolitical and economic situation. That only makes international collaboration more urgent. That’s why I am pleased that countries representing over 50 per cent of global GDP have now agreed to a set of priority actions for implementation. Now, it is vital for all to deliver and demonstrate real progress as we move forward. This is integral to achieving the 2030 goal of making clean technology affordable, available and accessible to all.”

IRENA underscored that this “major international government-led programme” – initiated by the UK COP Presidency in partnership with the Race to Zero and the UN Climate Change High Level Champions – will be overseen by Mission Innovation and Clean Energy Ministerial from COP27 through to COP28. The intergovernmental organization claims that Cambodia became the latest country to endorse the Breakthrough Agenda, bringing the total of countries endorsing the agenda to 47.

The priority actions within the 12-month plan include agreements to develop common definitions for low-emission and near-zero emission steel, hydrogen and sustainable batteries to “help direct billions of pounds in investment, procurement and trade to ensure credibility and transparency.” This also covers the ramp of the deployment of “essential infrastructure projects” including at least 50 large-scale net-zero emission industrial plants, 100 hydrogen valleys and “a package of major” cross-border power grid infrastructure projects.

Furthermore, the priority actions entail the setting of a common target date to phase out polluting cars and vehicles, consistent with the Paris Agreement, along with the use of “billions of pounds of private and public procurement and infrastructure spend” to stimulate global demand for green industrial goods.

Additionally, this will “systematically strengthen” financial and technological assistance to developing countries and emerging markets to support their transitions backed up by a range of new financial measures, including “the world’s first major dedicated industry transition programme under the Climate Investment Funds.”

Dr Sultan bin Ahmed Al Jaber, Minister of Industry and Advanced Technology and Special Envoy for Climate Change for the UAE, commented: “The Breakthrough Agenda provides a practical platform for partnerships between countries and across industries that will be essential to rapidly scale commercially viable solutions for climate progress. The UAE is keen to continue its contribution to the Breakthrough Agenda, as a pioneer in renewable energy, first-mover on hydrogen, as well as a champion of sustainable, decarbonised agriculture.

“Our support as founding members of AIM for Climate, the recent 100 GW Partnership to Accelerate Clean Energy (PACE) with the United States, and the 10 GW wind power agreement we signed with Egypt at COP27 are recent examples of that commitment. And as the host country of COP28, the Emirates Climate Conference, we are determined to bridge initiatives and outcomes from Glasgow and Sharm El Sheikh to the UAE.”

According to IRENA, these priority actions are being supported and accelerated by a raft of developments across industry and government-led initiatives, including the First Movers Coalition, launched at COP26 to help drive industrial decarbonisation, which has expanded to ten new corporate members to reach 65 in total with a combined market cap of about $8 trillion. This coalition is committing $12 billion to commercialise zero-carbon technology to decarbonise the heavy industry and long-distance transport sectors, responsible for 30 per cent of global emissions.

Moreover, the priority actions are backed by a package of new financial announcements for industrial transitions such as the launch of the Climate Investment Funds’ new Industry Transition Programme, which entails a $410 million green hydrogen investment in Egypt led by the EBRD. The World Bank also plans to develop a $1.6 billion green hydrogen global programme.

This comes on top of recently confirmed plans to launch the CIFs Capital Market Mechanism by COP28, which is expected to generate billions of dollars a year in extra finance into sector transitions over the next 10 years. IRENA also informed that a joint statement will be launched between “the largest green hydrogen developers and shipping actors mutually committing to produce and use green hydrogen-derived fuels by 2030 and beyond.”

The International Renewable Energy Agency underscored that these developments build on “significant progress” throughout the year. IRENA also emphasised that investments in wind and solar projects are expected to outpace the ones in oil and gas for “the first time ever.”

Against this backdrop, the pipeline of next-generation, low-emission facilities is expected to be accelerated with over 100 low-emission cement projects in planning and millions of tonnes of near-zero emission steel production plants now approaching financial investment decisions.

Meanwhile, IRENA emphasised that over 50 countries are developing hydrogen strategies, collectively targeting 74GW of capacity, while more than $4 billion has been allocated to agriculture innovation for climate, by the Agriculture Innovation Mission for Climate.

Other developments seen throughout the year include the announcement of investment in 221 demonstration projects in clean energy innovation across sectors including hydrogen and power, which was made by 23 governments and the European Commission, collaborating under Mission Innovation.

In response to Joe Biden’s $90 billion challenge, $94 billion has been committed by governments – including 15 Clean Energy Ministerial members and 14 Mission Innovation members – towards demonstrating clean energy technologies by 2026.