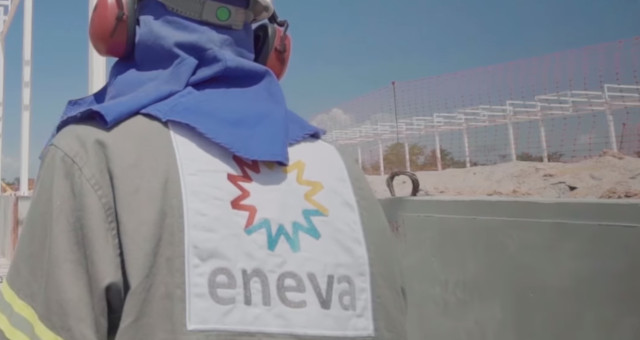 (TN) Eneva, an integrated energy company, which operates from the exploration and production (E&P) of natural gas to the supply of customized solutions, closed the third quarter of 2022 with a net profit of R$ 237 million, 61.4% higher than that recorded in the second quarter of this year. Adjusted EBITDA, of R$598 million, represented an increase of 19% compared to the immediately previous quarter.

The company’s performance mainly reflects the continuity of energy exports to Argentina; the conclusion of the purchase, on an advantageous condition, of Termofortaleza (CE); and cash generation from the thermal power plant Jaguatirica II (RR).

“The third quarter result is the result of a growth strategy, in which the integration of Termofortaleza and its team – the company’s second in less than 12 months – is already showing clear advantages. this is increasingly evident in the numbers”, says the CEO of Eneva, Pedro Zinner.

The main milestone in the third quarter of this year was the conclusion of the purchase process for Termofortaleza, on August 23rd. The thermal plant has a capacity to generate electricity from natural gas of 327 megawatts (MW) and has an energy commercialization agreement with the Ceará distributor until December 2023. Alone, Termofortaleza accounted for EBITDA of R$ 67.2 million until September 30th.

The continuity of energy exports to Argentina throughout the third quarter partially offset the lack of demand for thermal energy in the period in Brazil. The Parnaíba III and Parnaíba IV plants, in Maranhão, generated, respectively, 263 gigawatt-hours (GWh) and 75 GWh to meet bilateral supply contracts to the neighboring country.

The effective commercial operation of the Jaguatirica II thermal plant, in Roraima, with an installed capacity of 141 MW, contributed with cash generation of R$ 16 million in the period from July to September. This was the first full quarter in which the operation of the plant’s three turbines generated fixed income.

In the financial area, the highlights in the quarter were the contracting of long-term financing with BNB, in the amount of R$300 million, the conclusion of the 8th issuance of debentures, in the amount of R$1.9 billion, and the completion of the 9th issuance of R$ 2 billion. At the end of September, Eneva had a leverage of 2.4 times, which indicates how much of the company’s cash generation is committed to paying debts.

In the third quarter of this year, the company invested BRL 487 million, 48% of which in projects under construction – Futura Solar Complex (CE) and Parnaíba IV and V thermal plants – and 31% in natural gas exploration and production. , especially in exploratory campaigns in the Parnaíba and Amazonas basins.

In September, the company also won the 2nd Capacity Reserve Auction, promoted by the National Electric Energy Agency (Aneel), which will require future investments. The Azulão II and IV thermal plants were contracted in the tender, with a total installed capacity of 590 MW and expected fixed revenue of R$ 1.9 billion per year.

Eneva ended the quarter with total 2P reserves (proved and probable) of natural gas of 43.6 billion cubic meters (bcm), of which 28.9 bcm in the Parnaíba Basin and 14.8 bcm in the Amazon Basin . These volumes were certified and disclosed in the certification reports of reserves and contingent resources for December 31, 2021 (Parnaíba) and April 30, 2022 (Amazonas), prepared by Gaffney, Cline & Associates (GCA), excluding consumption of gas during the first quarter.